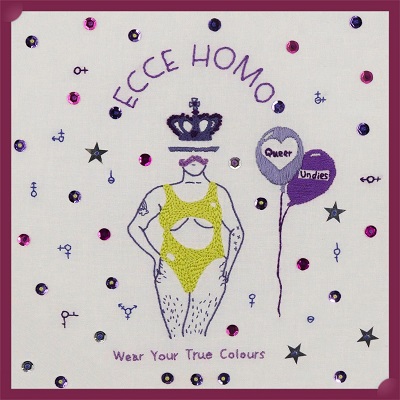 I guess every LGBTIQ+ person has googled something like ‘gay t-shirts’ or ‘lesbian undies’ at least once in their lives, myself included. And that’s totally reasonable given the systemic violence homophobia, transphobia and biphobia exert upon queer folks, especially in the form of body policing. One of the most common experiences of body policing one encounters is censoring one’s clothes as ‘too gay’ or ‘too butch’. In other words, queerphobia makes quite literal the everyday metaphorical expression of ‘fashion police’ in which case queer bodies are judged aesthetically against the heteronormative standards mainstream fashion sets.

The body policing hides behind the ostensible neutral or even playful term fashion police, and that is possible exactly because of the specific nature of the judgment cast as such, a judgement perceived primarily in terms of aesthetics. But terms such as beautiful, fashionable, trendy, etc. are far from innocent since there is no statement in terms of aesthetics that does not presuppose implicitly a set of normative ideals of how one should look like. To put it differently, fashion police turns out to be a gender policing, where the categories we use to describe both the clothes and the bodies that wear them point towards unexamined ideas of how a man or a woman should look like, what clothes are perceived as men’s or women’s fashion, and what makes one look handsome or beautiful as a man or a woman. 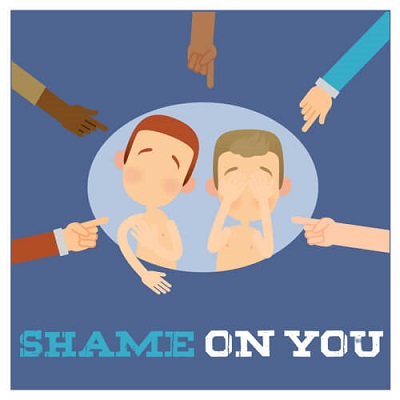 Of course, the heteronormative rationale that permeates the vast majority of the fashion industry is further based on a binary, heterosexual and biological model of gender. According to this predominant understanding of gender, there are only two genders, male and female, that correspond to two types of gender expression, masculine and feminine, respectively. Moreover, these two genders are posited paradoxically in a complementary yet mutually exclusive relationship. A man desires sexually and romantically a woman, and a woman desires accordingly a man. At the same time, a man is someone who is not a woman, and a woman is someone who is not a man. In the final instance, someone is a man or a woman according to their sex, that is their anatomy, their primary and secondary sexual characteristics. To paraphrase the feminist philosopher Simone de Beauvoir, someone is born a man or a woman, they do not become one. When it comes to fashion, all the abovementioned normative and normalizing ideals are in place every time someone goes shopping or is being judged for their sense of fashion.

Returning to the matter of gay or lesbian fashion, queer people have always had a playful and subversive relation to fashion as a means of subverting gender stereotypes, or ‘passing’ as heterosexual or cis-gender, or even empowering themselves via bold fashion statement. In some cases, clothes appear as a masquerade or a fashionable façade to hide behind and protect oneself from violence in public. Sometimes clothes turn the queer bodies into a political battlefield where the agency of LGBTIQ+ persons is restored, and their difference asserted. In either case, queer folks are forced to become hyperconscious of their relationship with fashion as they realize that fashion is a powerful component of the performativity of gender, of how one performs successfully and convincingly their gender and subsequently their sexuality according to the heteronormative rules. Beyond the popular and misguided stereotype of ‘the queer eye for the straight guy’, there lies a much richer and complicated relationship of all queer people with fashion the history of which is fraught with a particularly queer feeling, the shame.

In this context, shame is an everyday reality for the majority of queer people at least at some point in their lives with devastating psychological effects on their mental health. Rather than a personal feeling, we should consider shame to be a political affect, an emotion instilled into the queer soul by a heteronormative world (fashion industry included!) even before one realizes their gender and sexual aspects of their selves. As such, shame appears to be a powerful psychic mechanism of regulating not only the external behaviour of people by discouraging them from acting in a particular way, but also of controlling the relationship they have with themselves and their bodies. And here is where fashion comes into play as it constitutes the first impression others form, the interface between society and oneself. On top of that, our society at this stage of advanced capitalism is a ‘society of spectacle’, where images are the most circulated piece of information. Here, difference itself is a sort of capital to be reclaimed by the fashion industry as evidenced by the recent explosion of discourses around the notion of ‘diversity'. 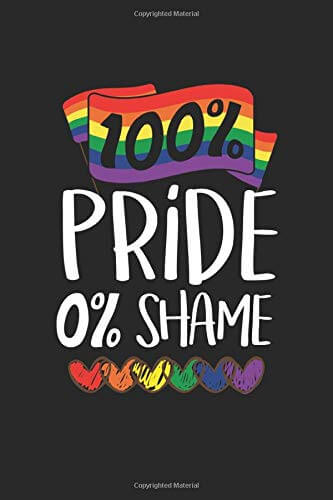 Some LGBTIQ+ persons tend to claim their rights in terms of identities ‘dressed’ in explicit visual insignia in order to present and represent themselves, to assert their up until recently silenced or censored existence. On the other hand, this strategy of visualization of identity via fashion has as a result the capitalization of identity itself as a marketable one. Just bring in mind the rainbow-themed products we are bombarded with during Pride Month. Is mainstream fashion’s recent embrace of queerness under these conditions a remedy for the shame LGBTIQ+ persons have suffered so far, or just another case of co-optation by the hetero-capitalism? Is this stylish defiance in the face of fashion police enough to subvert the heteronormative regime under which queers live, or such defiance is just another move of an enfolding game whose rules remain intact? I don’t think that such questions beg for ‘straight’ answers. On the contrary, the value of such questions resides in the act of questioning itself, in the relentless ‘making visible’ of what lies beneath our everyday grasp of things. 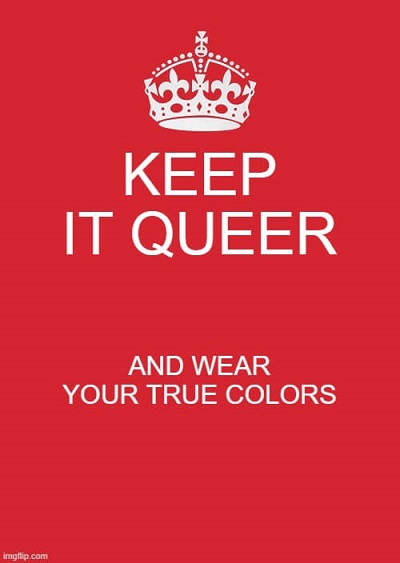 Having said that, ‘Wear Your True Colours’ is Ecce Homo’s motto, the gist of our corporate ethics when it comes to the interrelation between queerness and fashion. Despite our best of intentions, we are aware of the fact that this ‘true-ness’ of one’s colours is far from evident when it comes to queer people who continue to be conditioned in such a way as to feel shame about their selves and their bodies. Thus, such an encouragement is definitely not enough to undo this shame. That’s why we like to think of our undergarments not so much as pieces of clothing that reflect one’s true self, but rather as a means to playful explore and craft a gendered and sexual self in a process of endless becoming, of the laborious transforming of shame into pride.