When Eve Kosofsky Sedgwick, one of the foremothers of what was destined to be become known as ‘queer theory’, was writing in 1990 in the Epistemology of the Closet, a by-now canonical text of the field, that ‘many of the major nodes of thought and knowledge in twentieth-century Western culture as a whole are structured —indeed, fractured —by a chronic, now endemic crisis of homo/heterosexual definition, indicatively male, dating from the end of the nineteenth century’ (1990:1), she in fact inaugurated a whole new understanding of gender and sexuality that drew from previous theoretical frameworks yet placing firmly sexuality at the heart of any analytical project. According to the author, ‘an understanding of virtually any aspect of modern Western culture must be, not merely incomplete, but damaged in its central substance to the degree that it does not incorporate a critical analysis of modern homo/heterosexual definition’ (1990:1). Here, Sedgwick seems to make four interrelated gestures that have proven to be constitutive of queer theory in the following decades: first, sexuality is distinct from and irreducible to gender which was a key tenet of the feminist studies; secondly, sexuality itself gets elevated to a legitimate object of cultural analysis; thirdly, sexuality is constitutive of and constituted by culture to a point that any examination of cultural phenomena must take into serious consideration the key role played by sexuality in their formation; and fourthly, sexuality here refers mostly to sexual ‘dissidents’, namely the gay, lesbian, bisexual, transgender and intersex folks. 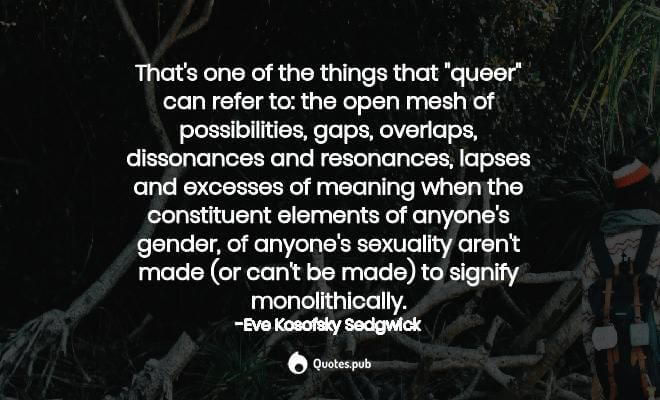 In this blog article, the fifth and final installment of our latest blog series on the history of the queer as a term, a theoretical approach, and a politics, we are going to present a brief yet comprehensive -a user-friendly if you prefer- introduction to the academic field of queer theory. In the course of this series, we have attempted to track down the historical, cultural, and financial conditions that gave birth to queer activism and politics some 30 to 40 years ago in the USA. Throughout our journey, we have discussed the etymology and the linguistic history of the word ‘queer’ itself, the queerness of words and the word ‘queer’, the famous acronym LGBTIQA+ and the identity politics it animates and the critique of such politics by queer activism, among others. It seems only fitting to close this cycle in a queer way, the way of queer theory! This way we hope we go against the current by deconstructing the rigid and politically suspicious binary between ‘high theory’ and ‘low’ activism. The question remains: Why would anyone need to read a theory about one’s most intimately felt understanding and experiencing of sexuality and gender?

Let me begin by saying that queer theory is an academic field that has more or less the characteristics Sedgwick programmatically articulated in the early 90s. As an academic field, it is very interdisciplinary, which means it draws from different disciplines, such as literary and film studies, feminist studies, anthropology, history, sociology, and philosophy, to name but a few. Also, we might better conceptualize queer theory as a field in the sense of a loosely institutionalized academic space inhabited by a series of theoretical approaches so diverse that it would not make any sense to talk about a queer theory. What brings together in dialog all these authors and theories is a critique of both hetero- and homo- normativity and a radical political aspiration to challenge any regime of normal in order to create a better future. Some definitional clarifications might be useful at this point to better grasp what is at stake here. 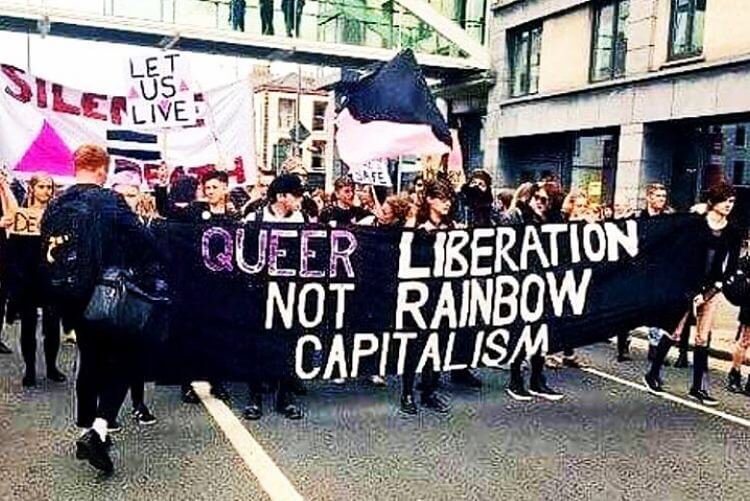 The term heteronormativity was coined by queer theorist Michael Warner in 1991 in the special issue called Fear of a Queer Planet to denote the often implicit or covert privileging of heterosexuality in social life, public sphere, personal relationships, social and political institutions, and academic theories. The ‘trouble with this normal’ is that it sustains its normal-as-everyday and normative-as-regulatory status by stigmatizing and marginalizing all those who deviate from the ‘straight’ path of hegemonic gender and sexuality. To this end, queer theory as a critique of heteronormativity would able to show that ‘from the most everyday and vulgar moments of gay politics to its most developed theoretical language, the sexual order blends with a wide range of institutions and social ideology, so that to challenge the sexual order is sooner or later to encounter those other institutions as problems; many of the specific environments in which lesbian and gay politics arises have not been adequately theorized and continue to act as unrecognized constraints; concepts and themes of social theory that might be pressed to this purpose are in fact useless or worse because they embed a heteronormative understanding of society; and in many areas a new style of politics has been pioneered by lesbians and gays, little understood outside of queer circles (1991:6)’.

The twin sibling of heteronormativity and equally target of a trenchant queer critique is homonormativity, a term coined by Lisa Duggan in 2003 in her book The Twilight of Equality? to describe ‘a politics that does not contest dominant heteronormativity assumptions and institutions but upholds and sustains them while promising the possibility of a demobilised gay culture anchored in domesticity and consumption’ (2003:50). Such a politics that is closely related to the LGBTIQA+ identity politics has as its main claim the inclusion and visibility of those excluded from the heteronormative way of life by means of assimilation that effaces the otherness of queers on the basis of their sameness to heterosexuals and neutralizes the antinormative and radical political imaginary that seeks to challenge the foundations of this way of life, rather than negotiating the terms of its social acceptance, tolerance, and integration. Such a development within the LGBTIQA+ community and activism was prompted by the rise of neoliberalism in the early 80s not only as a political economy of ‘wild capitalism’ but also as a cultural logic of extreme individualism and an ethos of competitiveness. Under neoliberalism, gays or trans are able to literally ‘buy’ their way into the heteronormative society as long as they are ‘responsible’ citizens, ‘good’ consumers, and willing to follow a ‘discreet’ way of life that mimics the straight family life. The key theoretical approach that runs through most queer theorizations and which is at the same time a political critique against both hetero- and homo- normative regimes is one inspired by the intellectual genealogies that were prominent in the mid-80s and early 90s in the USA universities, that is the poststructuralism that draws from feminist theory, deconstruction, discourse theory, psychoanalysis, post-Marxism, and others. All these diverse strands of thought have the same enemy, that is the Enlightenment normative ideal of humanness, a self that is implicitly heterosexual, male, privileged, able-bodied, and white, that in turn rests on an understanding of the self as enclosed, autonomous, interest-driven, and fixed. Such a self is a monad with an identity one that is based either on one’s biology or psychic disposition. In this context, one’s sexuality and gender are perceived as fixed and hard-wired, unchangeable, and representative of one’s inner truth. Contrary to this, queer theorists have tried to ‘deconstruct’ this dominant conceptualization of both gender and sexuality by displacing the notion of identity and arguing for a new understanding of selfhood based either on identifications or desires. This new gendered and sexual self is the one who is fluid or split, always in an open-ended and contingent process of becoming, excessive or lacking in respect to an identity that tries unsuccessfully to contain, name, and discipline this performative gender or polymorphously perverse sexuality.

To circle back to our initial question regarding the value of theory, I hope it has become obvious from the above that the historical trajectories and political claims of queer grassroots activism and Ivory Tower queer theory are inextricably linked to a point that each one has informed the other. The value of reading queer theory rests on its ability to challenge the taken-for-granted-ness of our innermost experiences, thoughts, and feelings. The reading process itself is a way of taking a critical distance from the everyday, the obvious, and the ‘normal’, exactly what informs our understanding of ourselves and guides our actions in an unconscious and unexamined way. Finally, queer theory is essential to activism as an inexhaustible repository of political ideals and social imaginaries, something to get inspired by and aspire to.

If you are interested in delving deeper into the world of queer theory, this list, however partial and biased it may be as any other list, would be a good starting point to familiarize yourself with key authors and texts!