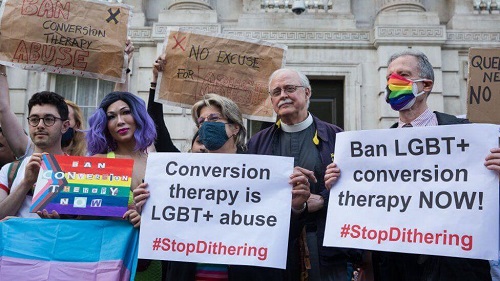 In our latest blog article, we discussed the announcement by the UK government that the so-called conversion therapies will be banned for gay and bisexual persons in England and Wales but not for transgender persons. On the occasion of this sad and disappointing piece of news, we revisited the long and hurtful history of pathologization of ‘deviant’ identities and expressions of gender and sexuality under the pretense of mental health. This recent event was a powerful reminder of at least two things that we tend to forget as a community; firstly, that the fight for LGBTIQA+ persons is far from over despite a series of rights granted to them in some countries, such as the right to marry a person of the same gender or to adopt a child as a same-sex couple, and secondly, that the burden of queerphobia weights on the shoulders of the LGBTIQA+ persons and is distributed among them unequally. It also became apparent that the trauma of queerphobia continues to haunt the lives of queer persons, but the nature of this trauma has mutated throughout the years in spite of the legal protection some of us enjoy to a certain extent and in some parts of the globe.

This trauma far from being experienced as an event that disrupts the flow of everydayness, it has become insidious, undetected, and routinized. In other words, the fact that conversion therapies continue to exist and have not been banned yet for all of us makes obvious that which exceeds the legal recognition of our queer existence, that which continues to be there when the shiny lights of Pride Parades are out. The trauma of queerphobia has been normalized in the multiple senses of this word. On the one hand, this trauma feels normal in the sense of being an unconscious part of everyday living. On the other hand, this normalization of trauma points to the societal heterosexist norms that are both the instrument of injury and the reason why this wound won’t heal, why this trauma remains unaddressed. At times, this trauma that renders living mere surviving feels like a new normal for some of us, the way we are supposed to feel, a necessary and unavoidable part of being queer. One such insidious -and still legal in many countries- mechanism of both inflicting and normalizing the trauma of queerphobia in its multiple manifestations is the case of conversion therapies. We could describe conversion therapy as an attempt to align a person’s gender or sexual identity with the hegemonic norms of cisgender heterosexuality. Such pseudoscientific practices aim at changing a person’s sexual identity or expression from homosexual, bisexual or asexual/aromantic to heterosexual, or one’s gender identity or expression from transgender or intersex to cisgender. Using psychological, physical, sexual, and spiritual/religious means, we could call conversion therapies a straightening device that tries to readjust one’s ‘queer’ misalignment by making a person ‘straight’ again. Conversion therapy can take many forms and take place in different settings. Such a ‘therapy’ could be medical, including hormone therapy or even gender-‘affirming’ surgery as in the case of trans or intersex persons. It could also take the form of psychotherapy such as behavioral or cognitive therapy or even aversion therapy in the context of which the ‘patient’ is exposed to painful sensations like nausea-inducing drugs or electric shocks in an attempt to form a negative association with their same-sex desire or sense of gendered self. The conversion or repair can also be faith-based in the case of which the clergy or spiritual guides try to ‘pray the gay away’ via religious or spiritual practices like praying or ceremonies. There also are ‘camps’ where ‘educators’ train usually men how to be more masculine via physical exercises and other ‘manly’ activities, and many cases of ‘therapeutic rapes’ have been reported in which sexually abusing a lesbian woman is considered a way to make her straight.

In these cases, the ex-gay or ex-trans persons are led to hate themselves and be ashamed of how they feel or who they desire. If we take gender and sexuality to be two of the traits that form constitutively the core of one’s selfhood, it shouldn’t come as a surprise that any attempt to change either of these could only end up in self-hating and self-harm. The persons are made not to feel at home within their own bodies, constantly self-monitoring their behavior and self-censoring their inner thoughts and longings. Conversion therapies are insidious forms of queerphobia both because they are usually practiced under the banner of ‘objective’ science or ‘morally good’ religion at private practices or churches and because they turn the persons themselves into their own harsh examiner in a brainwashing manner. These usually unlicenced providers advertise their conversion therapy services in a covered -seemingly innocent or neutral- way using catchphrases such as reparative therapy, ex-gay ministry, sexuality counseling, etc. These ads usually address gay men, and they lure them by evoking misrepresentations of homosexuality or homophobic prejudices such as portraying them as lonely, unhappy individuals who would never achieve social acceptance, sexual satisfaction, professional success, and relational wholeness. In other words, not only are the psychical effects of societal stigmatization not recognized or discussed but they are also presented as being caused by homosexuality itself instead of being perceived as rooted in homophobia. 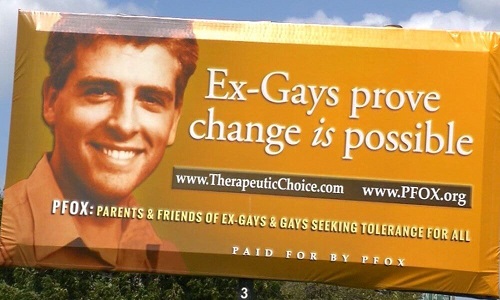 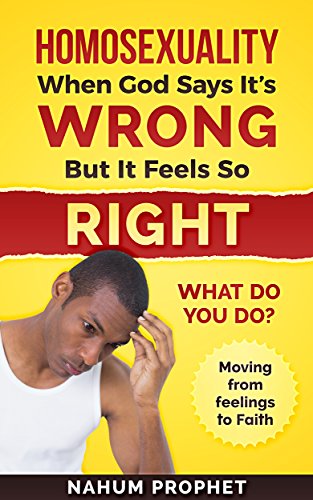 It should be noted that such practices remain legal in many places even though there is no scientific data that proves their efficacy, namely the fact that they could really alter one’s gender or sexual identity. On the contrary, research has shown that undergoing such procedures causes major mental health problems to the survivors. Let’s take the case of the USA as an example, where conversion therapies are not banned across the country and a heated debate is still raging. According to UCLA Williams Institute, 698,000 LGBTQ adults (ages 18-59) have received conversion therapy, including about 350,000 LGBTQ adults who received ‘treatment’ as adolescents, while 20,000 LGBTQ youth (ages 13-17) will receive conversion therapy from a licensed healthcare professional before they reach the age of 18 in the 41 states that currently do not ban the practice. On top of that, a 2010 study conducted by the San Francisco State University found that ‘compared with LGBTQ young people who were not rejected or were only a little rejected by their parents and caregivers because of their gay or transgender identity’, queer persons who have experienced rejection and have undergone conversion therapy are 8,4 times more likely to report having attempted suicide and 5,9 times more likely report high levels of depression among others. At the same time, the American Psychiatric Association officially ‘condemns any practice that aims to change one’s sexual orientation or gender expression in the form of conversion therapy, or any other similar type of therapy, as ethically and morally wrong and, additionally, these practices represent a significant risk of harm by subjecting individuals to forms of treatment that have not been scientifically validated.’ 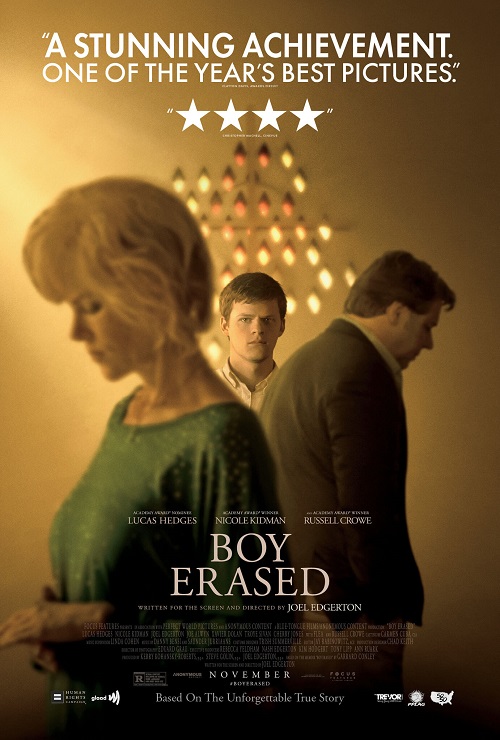 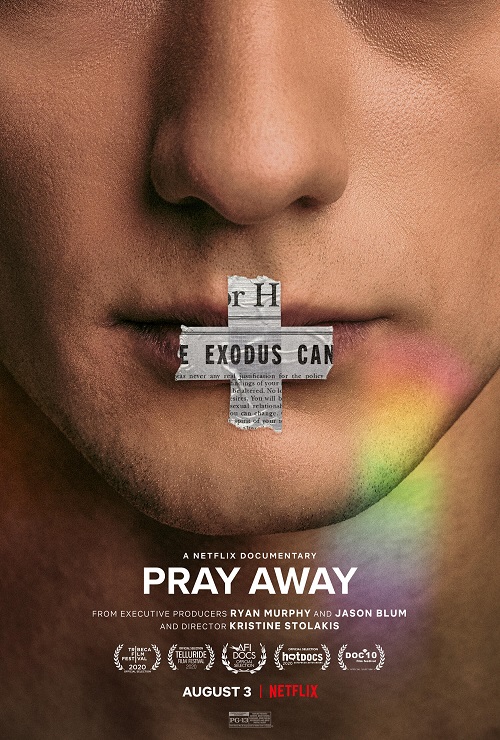 I would like to conclude this article with two movie recommendations, a fiction film, and a documentary, that both discuss the issue of conversion therapy from different but complementary angles. The first one is the 2018 biographical drama Boy Erased, directed by Joel Edgerton and based on the Garrard Conley’s memoir of the same name, which tells the story of the son of a Baptist preacher who unwillingly participates in a church-supported gay conversion program after being forcibly outed to his parents, according to IMDB. The second suggestion is the 2021 documentary film Pray Away, directed by Kristine Stolakis, which follows the survivors and former leaders of conversion therapy, as some leaders grapple with their actions against others, while others come out, as the description reads.

The history of 'queer'
History repeats itself