'Gender Ideology'...now in the UK too! 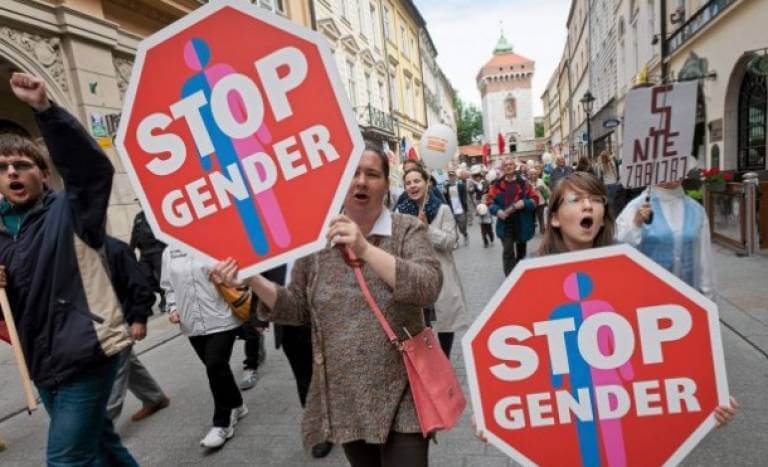 Over the last couple of weeks, there is a growing concern for the future of trans rights in the UK after Rishi Sunak was appointed Prime Minister. He shared that he intends to revise the Equality Act to effectively remove the legal protections which protect Trans people from discrimination in the UK. As reported by the Telegraph, Sunak is planning to ‘review the Equality Act to make it clear that sex means biological sex rather than gender’. For those following closely Sunak’s political career as a member of parliament under the banner of the Conservative Party, this did not come as a surprise. Back in last April, the then Chancellor of the Exchequer took part in a Q&A with Mumsnet during which he was asked about Boris Johnson’s statements at the House of Commons regarding trans persons. Sunak was quick to agree with Johnson’s opinion that ‘when comes to distinguishing between a man and a woman, the basic facts of biology remain overwhelmingly important’. More specifically, Sunak said that ‘biology is critically important as we think about some of the very practical functions, like toilets or sports’ and that ‘we also have to have respect, in particular for views of women who are anxious that some of the things they have fought really hard for and rights that are important to them will be eroded.’ Furthermore, when asked if trans women are women last August, Sunak responded to the interviewer with a categorical ‘No’, despite the Conservative Party’s 2019 manifesto that declares that the party would ‘vigorously combat harassment and violence against all religious groups, and against LGBT people.’

Back to the revision of the 2010 Equality Act, the latter seems to constitute a turn towards removing the legal guarantees that safeguard -as we speak- trans persons from discrimination in the workplace, while, at the same time, it secures safe access to same-sex spaces, like bathrooms and hospital wards regardless of whether the trans person in question has a Gender Recognition Certificate or they have undergone medical transition. Sunak’s statement in late July seems worthy of quoting at length:

‘We are determined to end the brainwashing, the vandalism, and the finger-pointing. Too often, existing legislation is used to engage in social engineering to which no one has given consent. The worst offender in this regard is the 2010 Equality Act, conceived in the dog days of the last Labour government. It has been a Trojan horse that has allowed every kind of woke nonsense to permeate public life. It must stop. My government would review the act to ensure we keep legitimate protections while stopping mission creep.’ 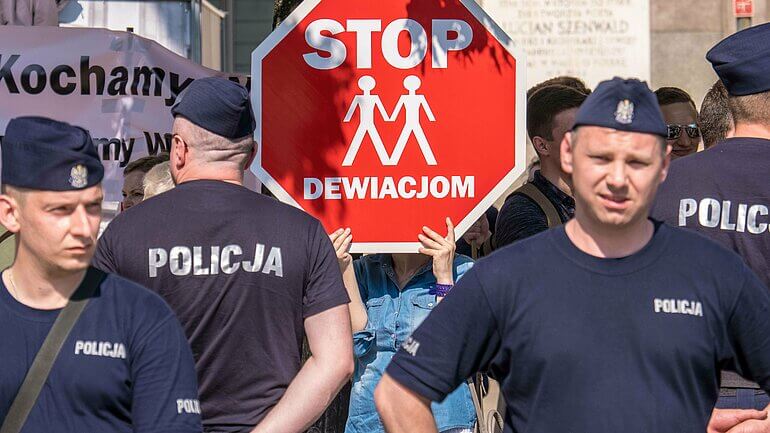 Sunak’s case seems to be just another well-rehearsed episode from a drama that has been developing around the world for quite some time now. Over the course of this blog, we have touched upon many of the tactical moves and rhetorical devices Sunak seems to deploy in order to dismiss and dehumanize trans persons, especially trans women as delusional, unnatural, a threat to ‘biologically born’ women, or a fashionable trend of woke culture. Regarding the status of LGBTIQA+ rights in the UK, we have tackled the UK government’s announcement that the so-called conversion therapies will be banned for gay and bisexual persons in England and Wales but not for transgender persons, and we put under the microscope the case of TERFs, the trans-exclusionary radical feminists and their line of transphobic argumentation in the name of a pseudo-feminism. All the above seem to be different pieces of the very same puzzle, one that goes by the name of ‘gender/LGBT+ ideology’, ‘gender theory’ or ‘gender criticism’, that is new forms of transnational anti-feminist and anti-LGBTIQA+ political campaigns usually informed by a nationalist or far-right ideology from Latin America to the USA, and from the UK and Russia to the Central and Eastern European states, such as Czech Republic, Hungary, Poland, and Slovakia.

According to Eva Svatoňová (2021), a sociologist that researches this political phenomenon on the rise,

‘What all these campaigns have in common is that they are no longer in opposition to women’s liberation alone. Some representatives of the Catholic Church, conservative politicians, journalists and intellectuals have joined forces with nationalist and far-right politicians and activists to produce discourses that intersect nationalism, racism, Islamophobia, homophobia, misogyny, opposition to abortion, opposition to leftist projects in general, and globalization and transnational bodies such as the EU and the UN: discourses known under the notion anti-gender campaigns.’ 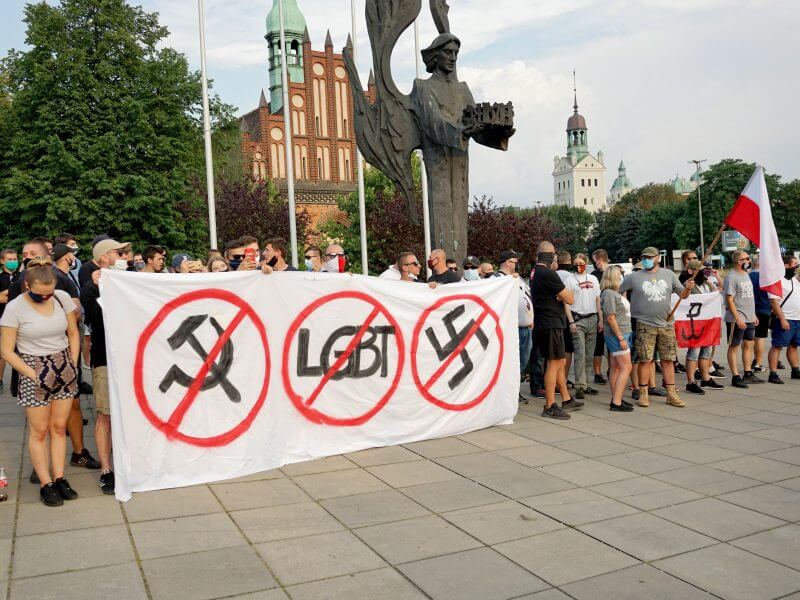 The notion of ‘gender ideology’, the key signifier around which all those disparate discourses revolve, emerged in the 90s in response to the 1994 UN Conference on Population and Development in Cairo and the 1995 Beijing Conference on Women. It is no accident that the rise of this populist, moralizing and neo-conservative agenda coincided with the advent of the third wave of feminism and the birth of queer theory, and the concomitant institutionalization of gender and queer studies as academic disciplines and the gradual implementation of gender and LGBTIQ+ mainstreaming policies in many countries. In this context, it is quite telling the treatment of famous feminist and queer philosopher Judith Butler in 2017 during their visit in Brazil. According to Sexual Policy Watch’s briefing on the issue, in late October 2017, an array of openly right-wing formations comprised of the Catholic hierarchy, evangelical Christians, conservative psychologists, and the Schools without Party movement initiated a petition (hosted at Citizen Go the Spanish based right-wing web platform) to contest the visit of Judith Butler to Brazil. The next day of the Butler’s book launching on the premises of the Federal University of São Paulo, anti-Butler protestors burned an effigy portraying the philosopher as a witch, a gesture evoking the Portuguese colonial and inquisitorial practice of auto- da fé (the act of faith) in which witches, Jews, heretics, protestants and “sodomites” were publicly executed in bonfires. A few days later right-wing group -screaming against pedophiles- assaulted Judith Butler and Wendy Brown, her partner, in the São Paulo airport when they were boarding their flight to Rio. 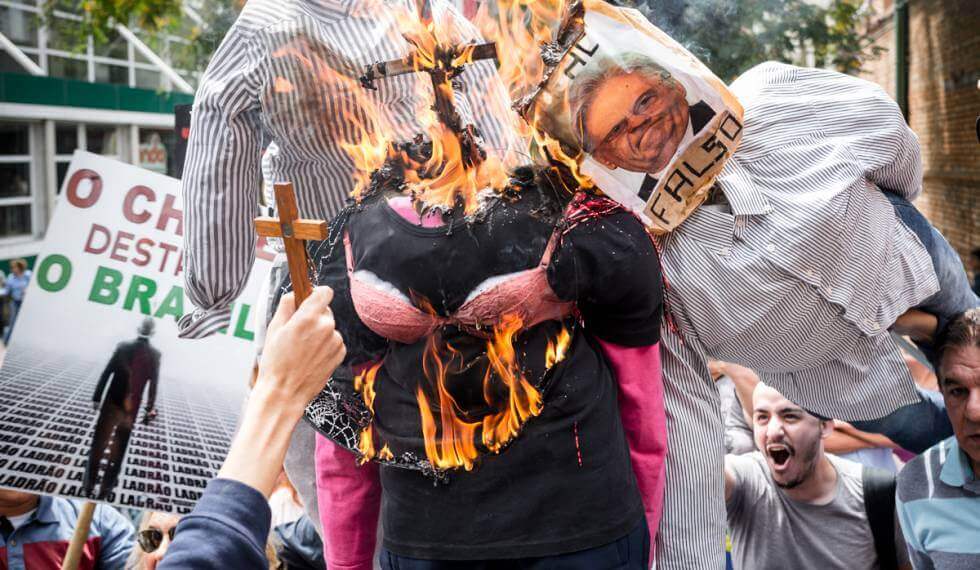 In their paper on the Global Right and Anti-Gender campaigns in Europe, David Paternotte and Roman Kuhar (2018) anatomize these discourses around gender ideology which is perceived by its supporters ‘not only regarded as an anthropological and epistemological threat but also as a covert political strategy, a sort of conspiracy aimed at seizing power and imposing deviant and minority values on average people.’ For alt-righters and gender-critical stakeholders, gender theory is considered to be ‘a new form of totalitarianism’, ‘a new leftish ideology invented of the ashes of communism’, and ‘a neocolonial project’ imposed by the West on the rest of the world. Specifically in Europe, they detail five areas of cross-national contention in the context of anti-genderism: a. same-sex marriage and civil partnership, b. reproductive rights, like abortion, c. sex and gender education at schools, d. gender itself as a concept, and e. the endangerment of democracy itself.

Make no mistake though. Such groups present themselves in many cases as pro-women or even as having feminist sensibilities in order to market themselves as more friendly by setting up a feminine -less threatening- face. And this leads us back to Sunak who recently said that he would consider UK’s withdrawal from the European Convention on Human Rights (ECHR), another attack on human rights from a ‘democratic’ state perfectly aligned with a spectrum of policies and practices that seek to reproduce neoliberalism and shield it from democratic contestation. This form of authoritarian neoliberalism is deeply rooted in the Thatcherian past of the UK and has been alarmingly renewed by Brexit. As is usually the case, right-wing policies is the perfect soil for anti-genderism to spring.

Caring for your undies
PrEP in Greece...