MeToo over the rainbow

MeToo over the rainbow

Sexual Violence and the LGBTIQA+ community 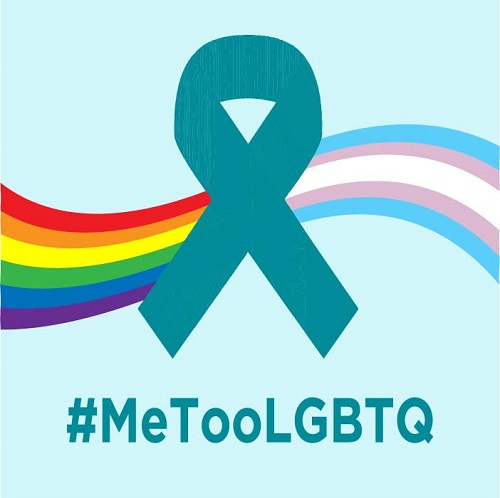 In our latest blog article, I have promised you to revisit the issue of the #MeToo movement in order this time to raise the question of sexual violence within the LGBTIQA+ community. As it has been evolved over the last years, this movement seems to be going through a phase of self-reflection regarding its own limitations and political claims. In this context, it has been accused of not being intersectional enough by a series of activists and sexual abuse survivors of color, of working class, and those belonging to the LGBTIQA+ community, among others. According to their opinion, the #MeToo movement seems to revolve almost exclusively around a few high-profile cases regarding white cisgender women being sexually abused by white rich cisgender men in power. What is left out of this picture is the vast majority of cases of sexual violence experienced by a multitude of people regardless of their gender, sexuality, class, and race. In other words, a lack of representation goes hand in hand with the silencing of all those voices who are already marginalized and far away from the spotlights. This also seems to be due to the individualizing approach to the matter in a way that distorts both the extent, the everydayness, of the problem, and the systematic reasons that make it so pervasive. In the last years, the near absence of the #MeToo movement within the queer community has been reported only by a handful of media. Why haven’t we witnessed a wave of awareness-raising regarding queer persons? 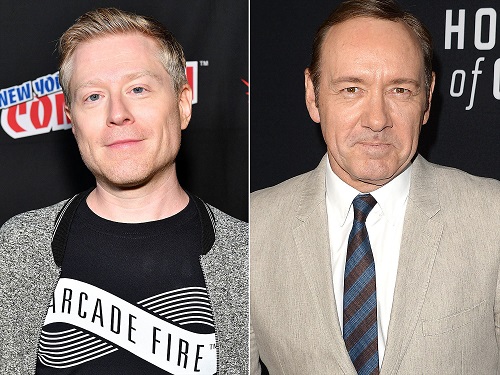 To be sure, there have been a handful of celebrity cases where men, almost exclusively cis-gender and white, have accused usually former male co-workers of sexual harassment in the television and film industry. The most infamous one that broke the silence surrounding the issue of sexual harassment of men by men was the Hollywood star Kevin Spacey 2017 case in which actor Anthony Rapp has come forward with serious allegations that Spacey made sexual advances towards him at a party when he was just 14 years old. Soon after, Spacey apologized on Twitter, even though he ‘honestly’ doesn’t remember the encounter. The most appalling thing of all was the coming out attached to this pseudo-apology in an attempt to gain back the sympathy of the world as a poor closeted man in Hollywood. Fortunately, more men have come forward with similar allegations, but for various reasons, the criminal assault charges against Spacey were dropped one after the other the following years, while recently his being blacklisted by producers seems to come to an end. Among other actors who spoke publicly about sexual misconduct by colleagues of the same gender are James Van Der Beek, Terry Crews, and Michael Gaston. 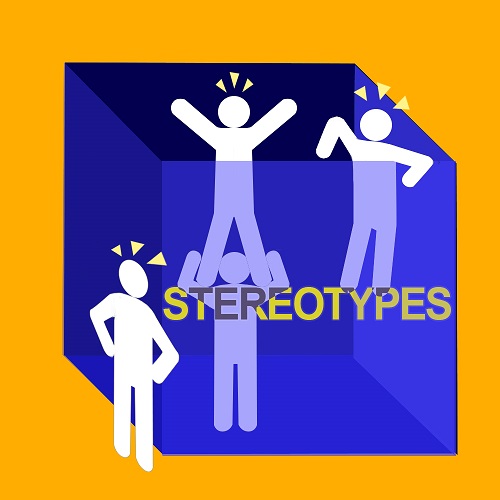 If the above sounds terrible to you, don’t hold your breath. Beyond the glittery Tinseltown, things are much worse for LGBTIQA+ persons, the ones who are not straight, not white, not rich, not able-bodied, all those who do not fit into the heteronormative or even the homonormative narrative of respectful, 'benign', and 'discreet' queerness. The problem, in this case, is not only that the sexual violence among and towards queers goes by unnoticed as an extension of their already disenfranchised status and the multiple, subtle, and normalized forms of nonsexual queerphobic violence to which they are subjected due to the fact of their mere existence as ‘queer’, but both society and the state turn a blind eye to what is happening. The reasons behind this invisibility and unintelligibility of this sexual violence precisely as sexual have to do with a series of misconceptions around the sexual and gender identities and expressions that fall under the acronym. However, each of these ‘letters’ ‘enjoys’ this erasure of sexual violence against it in different ways with regard to different stereotypes enforced onto them. Trigger warning for what’s coming next! Gay men are men, the dominant gender, so how could a man rape another man, since they are both equal in terms of gender-based power? Moreover, they are very sexually active, practically horny all the time, according to the 'common wisdom'.

On the other hand, lesbians don’t even have a penis-as-weapon to exercise violence upon another lesbian, and in any case, women are neither violent nor sexual by nature. When it comes to bisexuals, well mate, they are promiscuous by design having sex with literally everyone that comes along their way, and we all know that they are not to be trusted. Transgender and intersex folks are a whole different story. Who in their mind would ever want to have sex with such persons?! Especially trans women are really hot for some men, you know, since all trans women are sex workers who are asking for it anyway. Yet, at the same time, trans men are practically non-existent, so no sexual violence against them could happen. Aromantics and asexuals…. don’t get me started! These folks simply don’t exist, and if they do, since they don’t get horny, let’s not make a fuss about it. All the abhorrent hate speech statements are more than empty words which nonetheless hurt our feelings. Instead, both they perpetuate queerphobic violence and delegitimize such violence, the sexual one included, in the first place. In other words, such statements express and further establish queerphobic ideologies which in turn give birth to very material acts of violence and at the same time prevent these acts from being judged as violent. As a result, incidents of sexual violence among and against queer persons get invisible and normalized even within the LGBTIQA+ community. 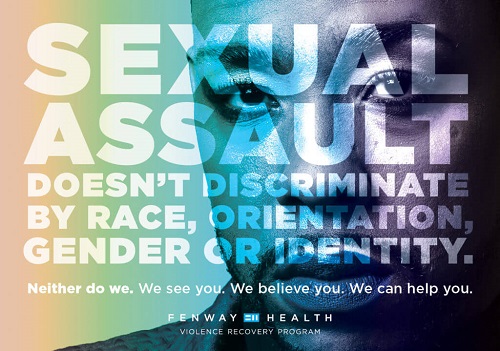 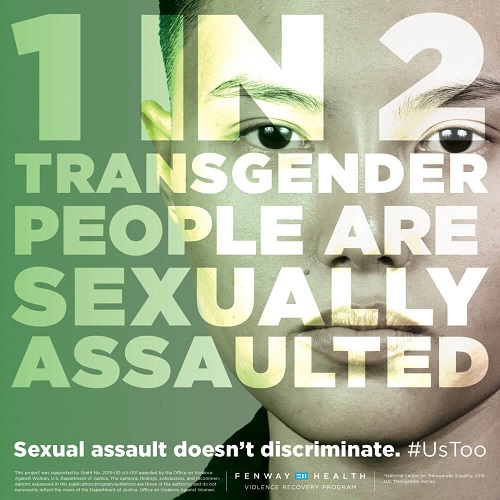 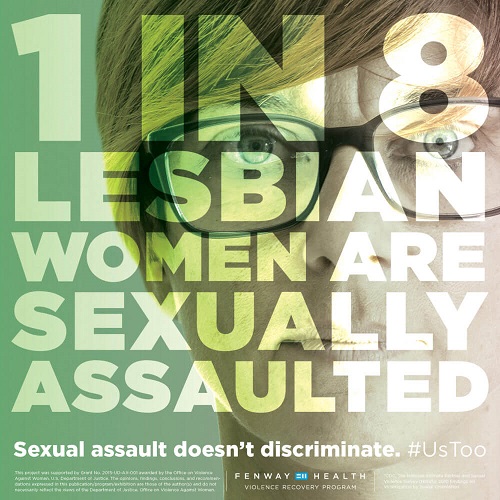 Such invisibility and normalization of sexual violence testify to the lack of awareness around this issue. There is no queer #MeToo movement, a handful of research studies have taken place to record the extent and the specific nature of this sexual violence, the law seems indifferent to the particularities of these cases as it is structured according to the heteronormative logic ‘a cis man harasses a cis women’, and queer victims are reluctant to report such incidents or even ask for help out of shame, guilt, or hopelessness that they won’t get the help they need since the services available for survivors are designed for heterosexual and cisgender people. The infographics you see from the Violence Recovery Program at Fenway Health speak from themselves about the situation in the USA. In their effort to ‘raise awareness in our communities and let LGBTQ survivors know that they are not alone’, they shout out loud ‘UsToo’ since ‘sexual assault doesn’t discriminate, neither do they’. Furthermore, according to research conducted by the Trades Union Congress, ‘around seven out of ten LGBT workers in the UK experienced at least one type of sexual harassment at work (68 percent) and almost one in eight LGBT women (12 percent) reported being seriously sexually assaulted or raped at work.’ To be sure, ‘this is a hidden problem with two-thirds of those who were harassed not reporting it; and one in four of those who did not report the harassment being silenced by fear of ‘outing’ themselves at work.’ 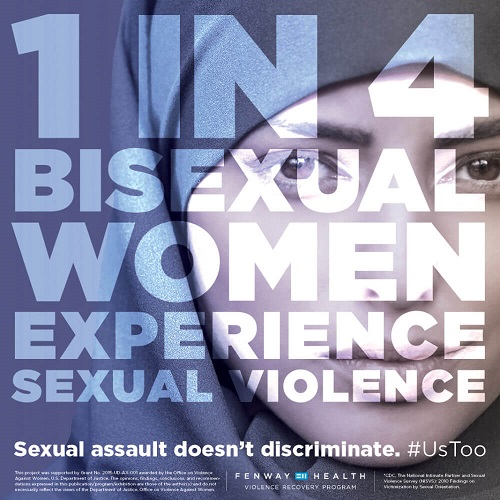 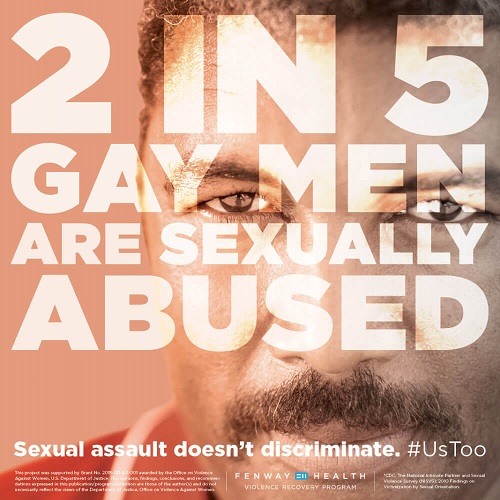 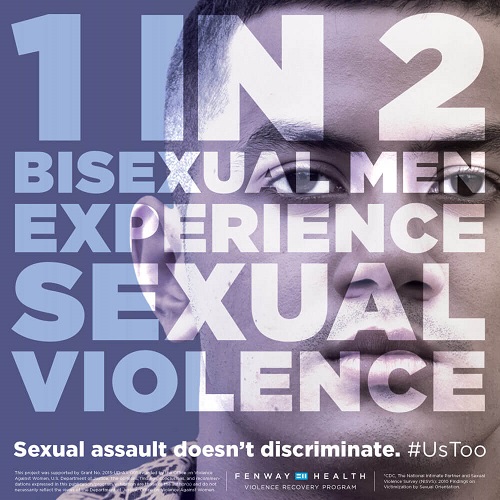 Finally, when it comes to domestic violence in intimate queer relationships, according to the National Coalition Against Domestic Violence in the USA, ‘43.8% of lesbian women and 61.1% of bisexual women have experienced rape, physical violence, and/or stalking by an intimate partner at some point in their lifetime, as opposed to 35% of heterosexual women’, while ‘26% of gay men and 37.3% of bisexual men have experienced rape, physical violence, and/or stalking by an intimate partner in their lifetime, in comparison to 29% of heterosexual men'. On top of that, ‘4% of survivors have experienced sexual violence’ by their partner, yet ‘fewer than 5% of LGBTQ survivors of intimate partner violence sought orders of protection.’ This grim picture seems to be the tip of the iceberg of the true extent to which queer persons are subjected to multiple forms of sexual violence either at their workplace, in intimate partnerships, or in public. Fortunately, in the last few years, this picture has started to change and many LGBTIQA+ organizations and NGOs have taken decisive steps forward by raising awareness and offering free counseling and legal services to survivors. Ecce Homo has supported such initiatives via its extended CSR program from the first moment of its launching in the queer underwear market. Learn here how your purchase can make a difference!

Sex and the War
'What were you wearing?'