...on blood donation restrictions and bans

Heavy restrictions or even a total ban on blood donation by MSM, men who have sex with men regardless of their self-identification as gay, bi, or straight, exist in many countries around the world. Usually, these laws or guidelines prohibit outrightly under the pretense of scientific knowledge or medical reason donations of blood, or they ‘defer’ the donation at a later date even though in the majority of the cases these so-called deferrals are indefinite resulting in a de facto ban. Whether thanks to the long-term pressure from LGBTIQA+ activist groups or due to the Covid-19 pandemic causing an alarming shortage of blood, the last couple of years we are witnessing a more than welcome democratization of the national blood donation policies.

This trend usually follows two paths. On the one hand, it has taken the form of significantly reducing the deferral period, commonly to three months such as in the case of the United States, Australia, the United Kingdom, New Zealand, and Canada. On the other hand, there are few notable cases where countries lifted once and for all these scientifically unsound and socially discriminatory restrictions such as Bolivia, Hungary, and Israel among others. It should also be noted that the abovementioned restrictions vary substantially from country to country regarding both the time period of the deferral and the scope of the affected persons whose blood is denied. 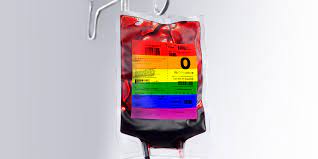 Furthermore, in some cases, the blood donation restrictions extend also to women who have sex with MSM such as in the USA, or they also include trans persons such as in Belgium, or even they affect only gay and bi men who do not live in a permanent monogamous relationship such as in Germany, or they bypass any mention to gender or sexual identity by blaming anal sex for being by nature more contagious such as in the UK. Having said that, it becomes apparent that the blood donation issue affects the whole LGBTIQA+ community and not only gay and bisexual men as it is usually perceived, since they are based on a series of outdated queerphobic assumptions regarding all those who are not aligned with the heteronormative standards of desiring, loving, and being. The reason most often invoked to justify these contradictory discriminatory bans is usually the one that reproduces the homophobic -and indeed serophobic- inherent connection between gay men and HIV/AIDS that casts queer persons as a threat to the straight social body of the nation-state. 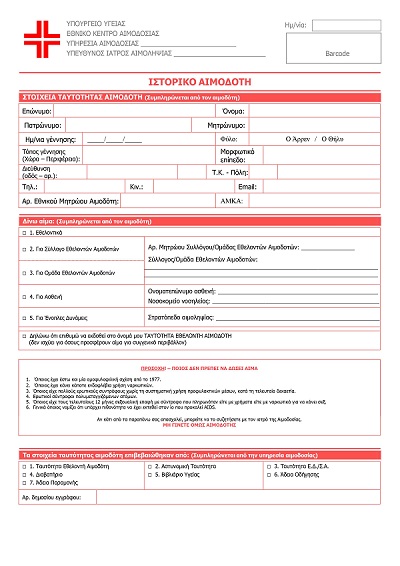 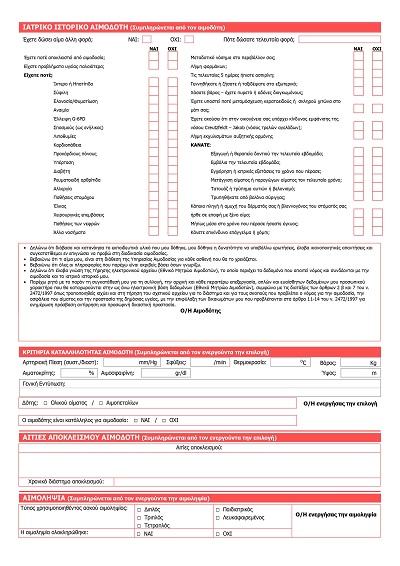 The case of Greece is sadly no exception. Up until the 10th of January 2022 when Health Minister Thanos Plevris and his deputy, Mina Gaga, signed a ministerial decree that lifts the decades-old ban on Greek gay and bisexual men giving blood, the form above that prospective blood donors must have had to complete and sign in order to proceed with their donation had included a homophobic clause that banned ‘anyone who has had even one sexual relation at any point since 1977’ from donating blood. This stigmatizing clause was a historic and scientific relic coming straight out of the moral panics of the 80s where the risk of contaminating blood supplies was high in the wake of the HIV/AIDS pandemic that affected disproportionally gay and bi men and the blood safety procedures were not as advanced as today. 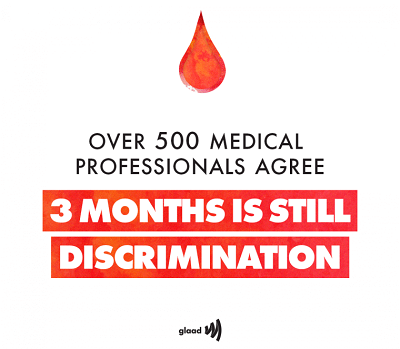 According to Ecce Homo’s community partners, Positive Voice, the Association of People Living with HIV, this legislative reform is pointing in the right direction and partially undoes a homophobic legacy of our country. However, this gesture has not gone far enough as the deferral period of twelve months that affects only gay and bisexual men reintroduces the illusion of the ‘high-risk groups’ giving this way the impression that HIV/AIDS is still a ‘gay issue’ only. Furthermore, this same deferral period is too long given that the HIV has a window period from 10 to 33 days depending on the test.

At the same time, the homophobic hashtag #deadlyblooddonation has appeared on Twitter a few hours after the announcement of this reform proving once again both that homophobia is in our blood and that ignorance sustains injustice. The biggest irony of all is that Health Minister Thanos Plevris who initiated this reform is a far-right politician that expresses a nationalistic ideology based on the dogma of ‘blood and soil’ when it comes to defining Greekness. In this context, accepting the blood of those sexual citizens who do not belong to the national narrative seems to infect the purity of an exclusionary Greekness with a heavy dose of queerness that troubles the very heteronormative values on which the modern nation-states rest.

Intersectional all the way
It is just period. Period!