Queer fashion has always been at the heart of queer community, a space for self-exploration and creativity, a melting pot of subversive reappropriation and parodic defiance of heteropatriarchal norms, sometimes at boiling point. A piece of fabric that covers a body always exceeds its mere functional use, and this holds true even for the most ‘invisible’ category of clothes, that is the undergarments. Queers have always used undergarments strategically to navigate the repressive social space in which they have found themselves and to experiment with intimacy.

In their legendary 1993 book, Boots of Leather, Slippers of Gold, that has acquired a cult status among the members of the lesbian community, Elizabeth Lapovsky Kennedy and Madeline D. Davis narrate the stories of resilience and resistance of the black and white working-class lesbians in homophobic Buffalo, New York from the mid-1930s up to the early 1960s. A woman named Sandy recalls:

Butches, we’ve always worn T-shirts. That was our thing, right? And most of the time why did we wear T-shirts, because we didn’t wear a bra…We just threw them away and put on T-shirts. And boy, when you wore a T-shirt – Wow! They didn’t look to see where your tits were. Oh, you have a T-shirt! We were the Original.

For Sandy and her friends, opting out for a T-shirt, a piece of undergarment exclusively associated at the time with men, instead of the socially expected/accepted choice of a bra, not only was a means of crafting and expressing an outlaw gendered and sexual identity, that of a butch lesbian, but also a way of diverting the sexist male gaze away from the body parts most strongly signifying a normative femininity. Paradoxically, the queer appropriation of the T-shirts by the butch lesbians was a case of the master’s tool dismantling the master’s house. At the same time, this hidden piece of undergarment became a public sign of lesbianism as an open secret, an essential part of a code of identification and mutual recognition among lesbian women that helped forging a community and a sense of belonging. 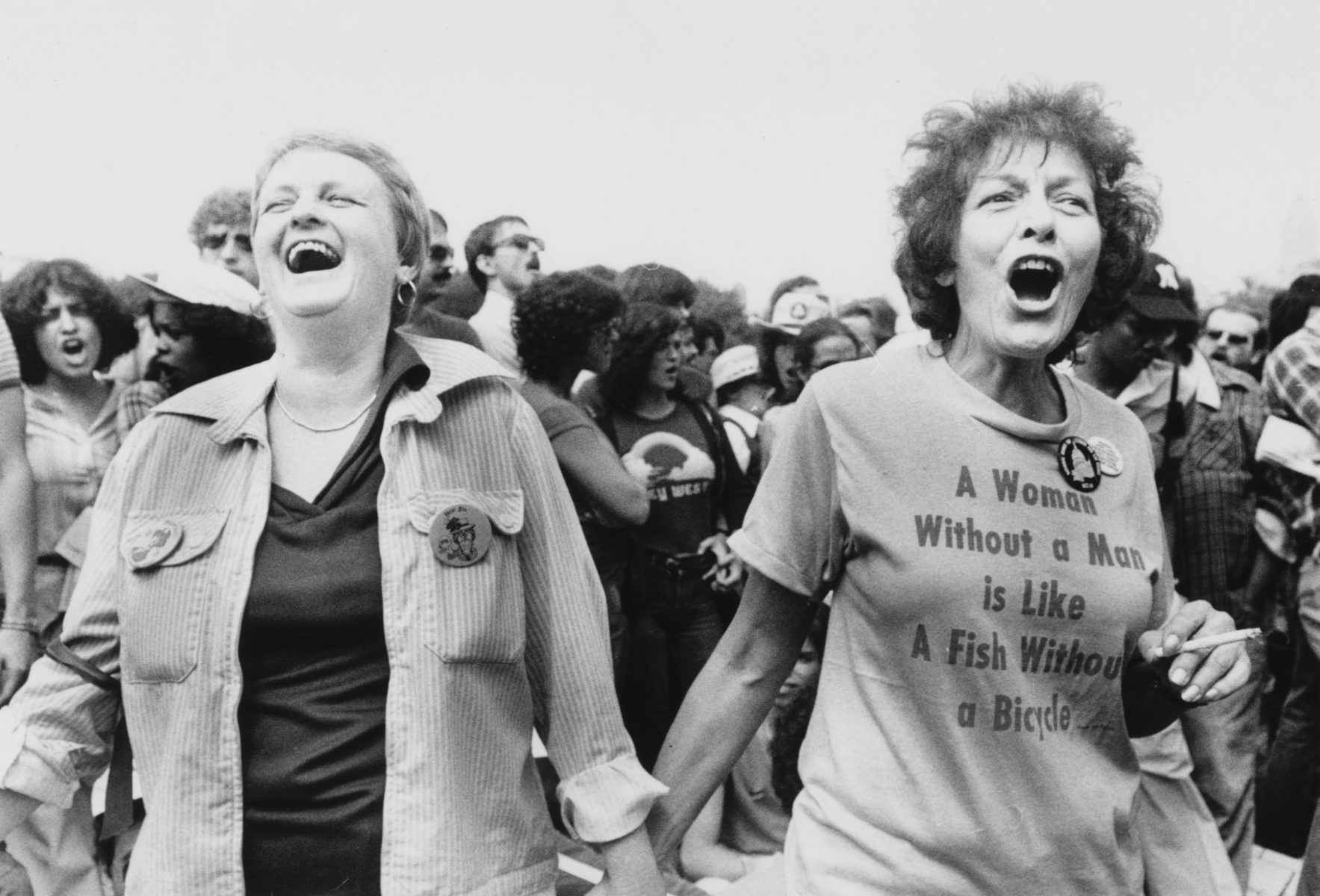 More than half a century has passed since. T-shirts have become by now part of every woman’s wardrobe losing its counter-cultural character and queer sensibility. And yet, that’s not the end of the story. Queer voices from the past continue resonating strongly at Ecce Homo’s designing department. Inspired by Sandy and her sisters’ stories, we did our best to breath new life to the all-time classic T-shirt by making it queer again. Since Sandy’s time LGBTIQ+ folks have painstakingly gained the right to exist, to be visible. However, the fact remains that this inclusion comes with a heavy price, especially at the point where sexism meets sexual negativity, and social media censorship polices only the feminine body under the pretence of a narrowly defined ‘adult content’. Ecce Homo adds a twist in the long history of T-shirt’s queer appropriation with its Eclipse collection that leaves exposed the breast area. This way our T-shirts turn the breast into a site of feminine empowerment, while at the same time we join our forces with the Free The Nipple movement by taking the prudish rule of covering the nipples of female model to its logical extreme and extending it to our male models as well.

For more information on that matter, please Click #Freethenipple