The history of hiv/aids in greece

As we have already touched upon in our previous blog series called the History of Queer, the history of HIV/AIDS and the history of homosexuality are inextricably linked since the early 80s when this pandemic has broken out in the USA. In our former article on identity politics, HIV/AIDS was presented as one of the key motors of the social and historical shift, next to the rise of neoliberalism, feminism, and queer studies, from identity-based gay politics to queer anti-identitarian politics. Allow me here a quick recap of this shift as it took place in the USA. Let’s bring in mind that queer as a term of positive -proud and loud- identification for sexual dissidents has re-entered our political, personal, and cultural vocabulary in the mid-80s in the context of HIV/AIDS activism. Wearing this signifier as a badge of pride and defiance, queers, among them many people living with HIV/AIDS, tried to transform this word from a site of queerphobic -and serophobic- trauma and violence to a locus of political radicalism. One should also remember that the Gay Liberation Movement of the two previous decades had already managed a series of victories against queerphobia. This way the HIV/AIDS pandemic and the concomitant homosexualization of the virus had, as a result, the undoing of this hard-won progress. The moment when gays started feeling proud, AIDS breathed new life into homophobia and dragged gays back to their closets. The dismantling of the welfare state and public health infrastructures by the neoliberal financial politics of Reagan along with the neo-conservatism towards heteronormativity only made things worse exacerbating the already precarious social position of gays.

While all this was happening in the USA, what was the impact of HIV/AIDS on the Greek LGBTIQA+ community? Yes, you guessed it right! This article is part of our latest Made in Greece blog series in the course of which we are trying to map the landscape of LGBTIQA+ rights, activism, and culture in Greece in order to introduce our beautiful home country to our friends and customers from around the globe! We have already discussed the key areas of LGBTIQA+ activism that are currently at the top of the agenda of Greek activists by presenting some of the most important LGBTIQA+ organizations that operate as we speak in Greece, and we have already tackled the issue of the recent legal reform the Greek parliament introduced a few weeks ago and which bans IGM, the intersex genital mutilation. 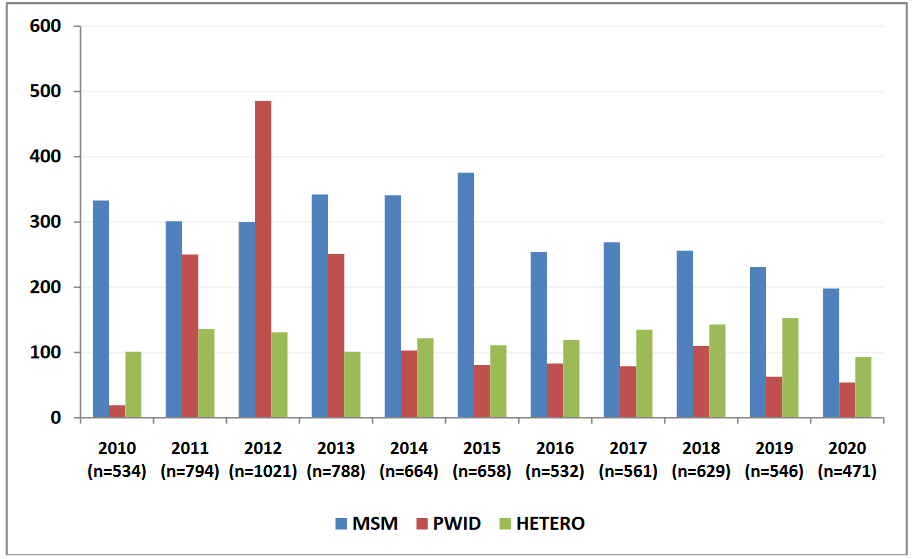 Now, the time has come for us to look backward! Since I am interested in the interconnections among HIV/AIDS, masculinity, and homosexuality in the case of Greece, namely in the HIV as a sexually transmitted virus that informs a gendered and sexual sense of self, mediates the sexual longing among gay men, and sets a political agenda against both homophobia and serophobia, let’s take a preliminary look at the history of male homosexuality in Greece first. The reasons for such a gesture will become apparent in our next article. However, it suffices to mention here that homosexual men continue to constitute the most vulnerable to new infections demographic category since the break of the epidemic in Greece, while the most frequent mode of transmission of HIV is through unprotected male-to-male sexual contact, according to the annual epidemiological reports by HCDCP (Hellenic Centre for Diseases Control and Prevention). In what follows we will cover the history of shifts in the understanding of male homosexuality from the mid-40s to the mid-90s. Hence, the subtitle of this article, ‘a short his-tory’, as the main protagonists of the history of HIV/AIDS in Greece were and continue to be gay men. Drawing from a series of anthropological works by James Faubion, Costas Yannakopoulos, Brian Riedel, and Anna Apostolidou, we can distinguish between three cultural conceptualizations of male homosexuality in Greece after the Second World War which continue to co-exist in tension until nowadays. In this sense, these cultural types do not succeed one another in a linear order neither they are to be found in a pure form ‘out in the real life’ as they constitute abstractions from a continuum of the multiplicity of lived experience. 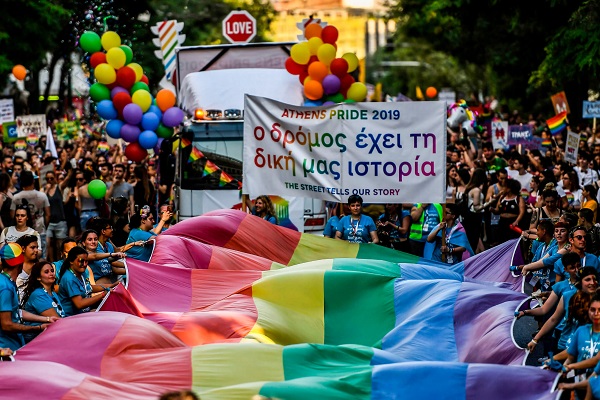 From the 1950s to the 1970s, the dominant ‘native’ model is one of the gender-stratified homosexualities positing a split between the men who engage in homoerotic acts according to their sexual position during the latter. The partner who performs the penetration is considered to be ‘andras’ (man) in juxtaposition to the ‘thiluprepis’ (effeminate) one who takes on the passive role and who is characterized as ‘poustis’ or ‘aderfi’ (faggot), a non-man. In the conceptual universe of this ‘traditional and masculine homosexuality’ as Yannakopoulos puts it, male homosexuality does not constitute a distinct ‘socio-sexual identity’ as Riedel puts it, as a subject position or as a site of collective identification, and even the word ‘omofylofilia’ (homosexuality) ‘had no currency’ in everyday speech and ‘no actual referent, either’ according to Faubion. By transgressing the ‘natural sexuality’, the gendered order and the proper male bodily imaginary, being a ‘poustis’ is a shameful characterization and something that must be kept a secret, while the relationships between an ‘andras’ and a ‘poustis’ must remain invisible under the guise of other socially acceptable forms of male relationality, like friendship or family. The abovementioned cultural categorizations of male homosexuality with an emphasis on practices and gender expression rather than on socially intelligible identities seem to be perceived as gender, rather than sexual, identities following a dichotomous gender logic based on a series of mutually reinforcing metonymic bipolarities, ‘andras’-‘gunaika’, ‘andras’-‘poustis’, active-passive, with the second term of these pairs defined negatively in contrast to the first one. 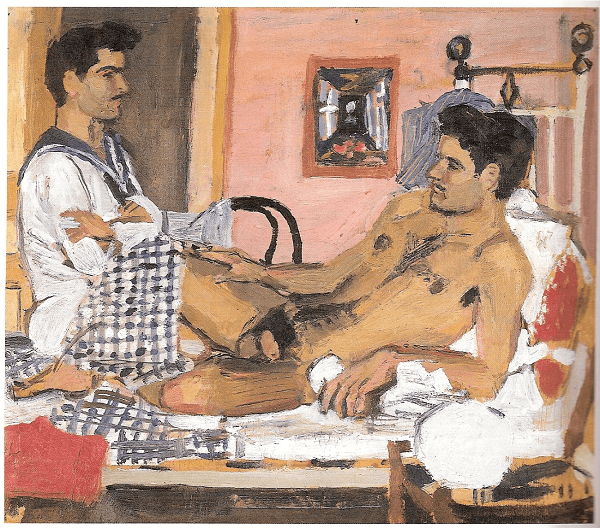 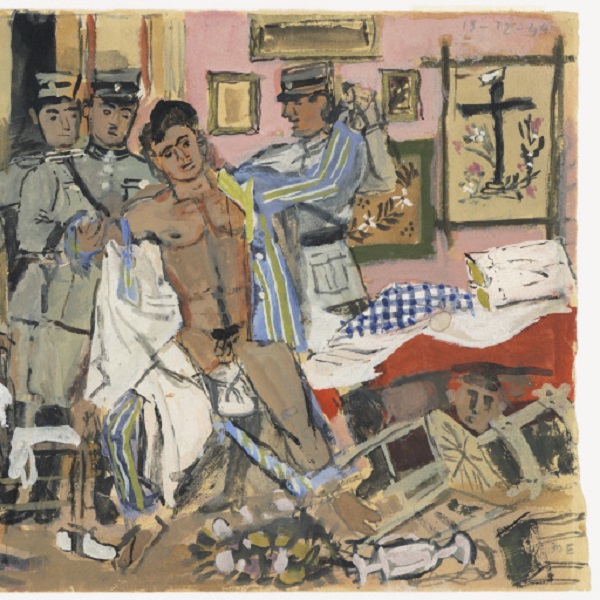 The second type of male homosexuality emerges in the late 1970s and the early 1980s, right after Junta, the right-wing military dictatorship that ruled Greece from 1967 to 1974, when the first -mainly leftist- LBGT activist groups were formed, chiefly among them the AKOE (Greek Homosexual Liberation Movement). Coinciding with the advent of HIV/AIDS in Greece and molded according to a ‘westernized’ model of homosexuality, this ‘gay homosexuality’ makes its appearance among a younger generation of well-educated men initially in Thessaloniki and Athens as a result of a series of cultural and socioeconomic shifts taking place in Greece during this transitive period. In contrast to the ‘western’ conceptualizations of gayness, being a Greek ‘gei’ (gay) connotes both a sexual identity of which masculinity is now a constitutive element and a sexual practice or preference remaining this way just an aspect of the self and a private matter without leading to a creation of a distinct ‘gei’ culture or politics or to a sense of belonging to a community. As Yannakopoulos carefully notes, ‘the peculiarities of gay homosexuality in our country have to do with the fact that the gay model renegotiates and is reconstructed according to the traditional homosexualities, and, after all, to the existence of a native version to gay homosexuality’ because ‘being a man is still considered to be antithetical to a homosexual self’.

Stay tuned as we are going to delve deeper into both the most recent understandings of male homosexuality since the mid-90s and the history and politics of HIV/AIDS in Greece in our following article!

* The paintings presented here are by Yannis Tsarouchis, the gay Greek artist-provocateur, whose mid-20th century works of art explored homoeroticism.