The logic of identity politics

In our latest article, we talked about the queerness of words and the word ‘queer’. It seemed like a necessary side road we had to take in order to lead us here, in this present article, on the issue of identity and identity politics. The reason why will hopefully become obvious in the course of this post, the third installment of our new blog series on the history of the queer as a term, a theoretical approach, and a politics. As it has been already noted, the political power of queerness lies paradoxically in its indefinability and the awkwardness or uneasiness one feels when one utters the words ‘I am queer’. Regarding its indefinability, queer as an adjective, noun, or even verb is notoriously hard to pin down, and this is one of the reasons that prompted us to launch this series. However, we are definitely not here to define queer in any definitive way! Such a gesture would have been against the spirit of queerness itself. We rather think of these articles as a roadmap that attempts to track down the historical trajectories, the linguistic vicissitudes, and the political ideas that queerness has inspired over the last 30 to 40 years. 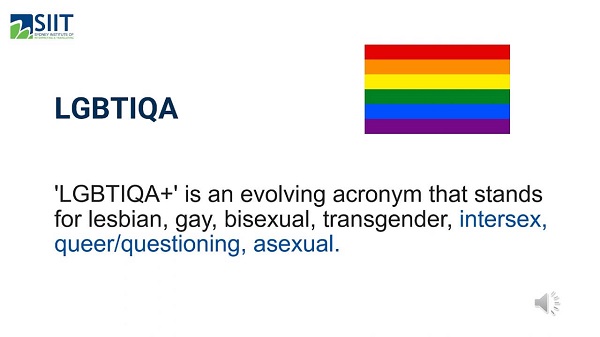 Let’s delve -without further ado- into the issue of identity and its politics with the help of the distinction between the terms LGBTIQA+ and queer. In this article, we will restrict ourselves only to elaborating on the first of these terms and the politics it animates. As most of you already know, the term LGBTIQA+ is an acronym that stands for Lesbian, Gay, Bisexual, Transgender, Intersex, Queer/Questioning, and Asexual/Aromantic even though depending on the context these letters could stand for a different word. For example, the letter T could also stand for the word transsexual, a preferred term of self-identification by some individuals. Also, this little plus symbol at the end of the acronym testifies to its ever-expanding nature. It was from this initial LGBT that longer and more recent versions have sprung. For instance, one could encounter online the LGBTQIA2S+ version of it where the 2S stands for Two-Spirit(ed), an umbrella term used by indigenous North Americans for a person who identifies both as feminine and a masculine spirit and it may denote a same-sex attraction and/or gender-variance. This way the acronym seems to be malleable in the hands -or I should rather say in the mouths- of the speakers who use it as they adapt its contents to their purposes or to their specific cultural understanding of gender or sexuality.

Furthermore, the same acronym is used in many different countries both as it, in English, and translated into the particular language of the speakers. This interesting fact points us to two things. Firstly, the usage of the acronym untranslated speaks of the internationalization of these identities, the fact that terms such as gay or intersex, even though they originate from the English-speaking countries, especially the USA and the UK and they mirror the specific understanding of gender and sexuality of these parts of the world, have traveled across the globe. For instance, the word gay far from signifying a universal understanding of same-sex attraction, it carries with it a particular model of homosexuality that due to English colonialism has been popularized and adopted by people around the world. On the other hand, the fact that this acronym gets in many cases loosely translated into the local languages of the speakers proves that this process of -let’s say- cultural imperialism or globalization is not that straightforward or totalizing after all. Even in the cases where the translations are word by word, the very same terms may have different meanings in different countries as words tend to stick to other words and meanings and acquire new sets of connotations. To put it differently, the words of this acronym as the acronym itself travel around the globe and with their cultural understandings in a dynamic process of cross-fertilization as they get spoken by persons of different nationalities. Let’s not also forget that the terms of the acronym had followed different historical trajectories as the term gay seems to be older than the term transgender, to give an example. 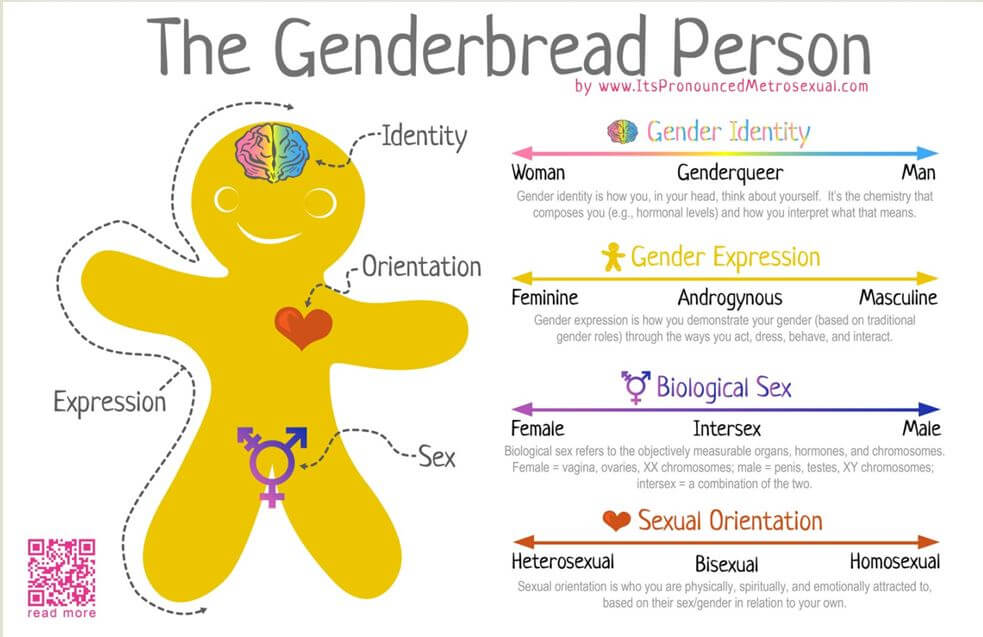 One could even argue that this pluralization of the letters of the acronym, its ever-expanding nature and adaptive character is proof of a larger historical and societal change, namely the fact that the queer community itself gets -as the time passes by- more inclusive, diverse, and accepting. It could also be interpreted as a sign of a more progressive intersectional politics, one that shares the visibility and the voice of all its members equally among them as they come to be represented by each letter. Or it could even be seen as a gesture of solidarity that focuses on what we all share, our shared conditions of oppression or the same political aspirations towards change evoking this way a sense of an already existing community or one to come. On the other hand, we should emphasize that some of these letters stand for gender identities or expressions, and some others for sexual identities or expressions. We argued before when we discussed the challenges intersex folks face, the seemingly endless pluralization of the identities and expressions that fall under the acronym LGBTIQA+ does not necessarily translate into greater visibility or inclusivity of the diverse groups that each letter stands for in the alleged ‘community’. The hierarchical relationship among the groups that fall under the acronym casts serious doubt on the taken-for-granted assumption of their equal recognition, visibility, and representation. This has as a result the respective homogenization of their experiences of discrimination and harassment, and hence the flattering of their different -and at times contradictory- political claims. In this context, we argued that such a point of failure can be observed in the case of asexual/aromantic persons whose identity is built around the lack of an attraction, either sexual or romantic, on which the gay, lesbian or bi identities are based. Having said that, it seems that the acronym is the linguistic manifestation of a wider political attitude, one that is called identity politics. Identity politics is a type of political thinking and acting that bases its claims on a notion of identity. This type of politics follows the logic of racial politics in the USA in terms of minority groups who are fighting for recognition and rights. According to the logic of identity politics, gender or sexual identity is constitutive of one’s sense of selfhood, a key dimension of a person’s understanding of themselves through which also the others perceive them. Usually, such an identity is treated as fundamental, whole, obvious, natural, unchangeable, one that speaks of our true self, one that we share unproblematically with others who self-identify this way. Identity becomes both the starting point of a movement and the endpoint of the political claims this movement advocates. Historically, the feminist or the gay liberation movements have followed such an identity politics.

But every time an identity is established, a difference is implicitly evoked. This way, such political movements tend to treat their political or social enemies or adversaries in terms similar to the ones they treat their own identities. The other is presented as having an unchangeable, constitutive identity that is taken for granted. Moreover, all the differences among these others get erased in the name of their different identity in a reductive way that totalizes their views and experiences. All this identitarian logic many times results in treating the other not only treated as different from us, but also as an antagonist. Others are not just different; they are also adversaries. In other words, the seemingly innocent difference is judged from the point of view of the sameness as inferior, bad, immoral, among others, that is, all the qualities the identitarian we is not and that we project to others. This polarized binary logic has been proven -as you can imagine- not only counterproductive but also politically inefficient. But isn’t this the way the world or politics work? How can anyone articulate a political program not anchored in a firm identity? Isn’t a political identity by definition an identity after all?

Stay tuned as we are going to elaborate on this matter in the following articles of this blog series!