Both queer activism and theorizing are counting almost four decades of problematizing gender as a social construction, an elaborate myth that pulls the strings of our lives in a series of roles, performances, and expectations. Well, queer fashion in its majority seems that it didn’t get the memo in time!

On the one hand, queer has always been an integral part of and a driving force behind mainstream fashion by undermining playfully the rigid gender stereotypes regarding clothing. According to the her-story of modern fashion, it all started with what a hundred years ago was called androgynous look, and it was none other than a Coco Chanel who revolutionized womenswear by bringing together menswear materials and austere, sleek, and comfortable silhouettes.

Deconstructing the Victorian ‘feminine’ look of the period just before the World War I, she radically reshaped the female body by introducing the first women’s pantsuits, responding in her own way to the women’s liberation and the suffragette movement that was gaining momentum at the time.

This gender-neutral aesthetic has continued to resonate throughout fashion history under different names. For example, in the midst of Counterculture movements of the 60s and 70s, unisex clothes have become fashionable for a time. Just remember the iconic gender-blurring look of David Bowie.

On the other hand, most of the LGBTIQ+ self-identifying fashion brands today seem to follow one of the two paths regarding gender representation: they either capitalize on ‘difference’ in terms of ‘diversity’ in a pink washing logic that leaves unquestioned the implicit gender assumptions of their aesthetics while tokenizing anything ‘different’ as profitable, or they simply reproduce uncritically the gender binarism by resorting to gender stereotyping with its familiar and reassuring associations. Taking a quick look at the relevant e-shops, it becomes quickly apparent that even the queer market itself is characterized by a strict division along gender lines with companies exclusively focusing on either ‘lesbians’ or ‘gays’.

Even though the emphasis on sexuality disrupts a set of gender norms by the mere fact of same-sex desire, the protagonists of the ads targeting LGBTIQ+ folks are usually presented in a very limited and indeed limiting way that does not do justice to the colourful spectrum we call gender. An array of gender identities, like trans, intersex and genderqueer, and of gender expressions, like butch and femme, -to name but a few- are condemned to a traumatizing invisibility that renders many of us less valid, less real. This way the gender fluidity that characterizes to a varying extent the lived realities of all queer folks is violently reduced to a claustrophobic and asphyxiating gender dualism. Ironically, when it comes to queer fashion, the ‘one size fits all’ becomes ‘two genders fit all’.

Ecce Homo’s constitutive principle is an engagement with queerness in an intersectional way that takes under consideration as many axes of oppression as possible, among them gender itself. We think of our undergarment designs as a way of working within and against gender. We recognise the fact that all of us are oppressed by the heteronormative gender regime. Yet, at the same time, gender continues to constitute one of the most personal ways via which many among us make sense of ourselves, our bodies, our sexualities. 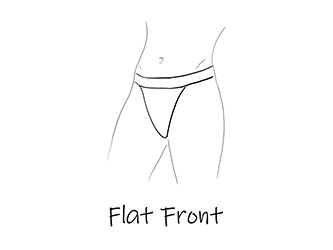 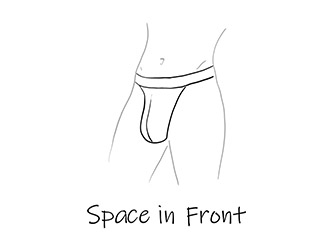 Rather than dismissing gender all together, we are diligently trying to queer gender, to make it more flexible, more spacious, more fluid, more contingent. To this end and against the common sense of the market, we took the decision to avoid as much as we can any gender-specific terms that biologize gender as grounded to a ‘self-evident’ anatomy. Not only we have divorced femininity and masculinity from femaleness and maleness respectively, but we have also blurred the lines between these two by bringing to light diverse gender expressions. After careful consideration, we came up with two couples of descriptive categories, the V and U body shape regarding our tops, and the space in front and flat front regarding our underwear.

Our explicitly nonbinary approach to undergarments is part of Ecce Homo’s move towards a more inclusive LGBTIQ+ fashion industry, where the clothes neither align with nor reinforce the repressive gender binarism by reducing ‘gender’ to a mere matter of fitting and functionality. 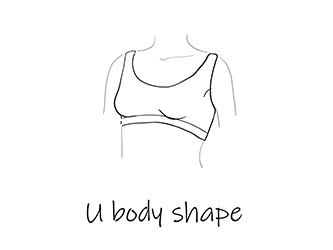 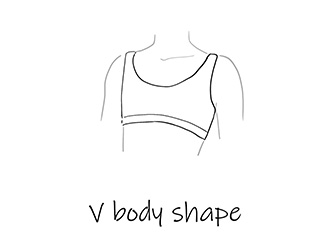