TERFs and other evils

TERFs and other evils

TERFs AND OTHER EVILS 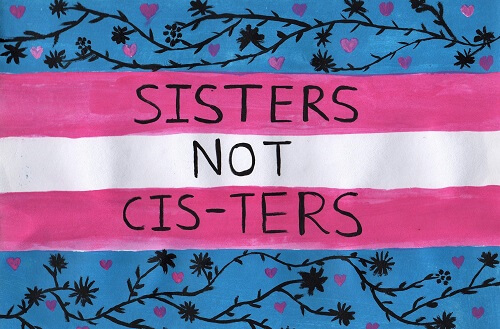 As you all know, Ecce Homo -like every other brand- runs advertisements on Facebook from time to time in order to promote its product via digital marketing. However, what does set Ecce Homo apart from the vast majority of queer brands is the fact that most of our ads try to pass social messages across usually via the visual representations we put forward and the explicit mentioning of the ‘queerness’ of our brand. In this effort to promote by the way of both the designing itself and the marketing of our underwear the visibility of the LGBTIQA+ persons, that is the colorful spectrum of gender and sexual identities and expressions, we inevitably put ourselves in the position of becoming an easy target for queerphobic backlash in terms of either a reaction button or a comment. This risk of ‘losing clients’ and of ‘bad’ publicity is a risk Ecce Homo as a queer brand is more than willing to take in its fight against the multiple forms of discrimination queer people face. Yet, this time on the occasion of the following transphobic comments under one of our ads, we felt the need to take a clear stance against a hopefully small part of the lesbian/feminist movement, the TERFs. Here are the anonymized screenshots of all the comments and reactions under an Ecce Homo’s ad that simply makes a reference to the ‘LGBTIQA+ community’, a term that is apparently a triggering one for some people.

The transphobic comment that sparked the abovementioned debate among the users constitutes a classic case of TERF rhetoric. But who are the TERFs for whom a heated debate has been raging over the last years in the digital public sphere, among the ranks of the LGBTIQA+ and feminist movements, and in academia? To begin with, the acronym TERF stands for trans-exclusionary radical feminists, but don’t let this ‘radical’ fool you. This term was initially coined in 2008 by trans-inclusive cisgender radical feminist blogger Viv Smythe, but it is dismissed by those identified by others as TERFs as a slur. Despite the fact that this term has been popularized over the past few years due to celebrities -such as Harry Potter series author J.K. Rowling- who have drawn the spotlight to the issue of the inclusion of trans women or femininities in the feminist movement with their transphobic ‘feminist’ views, this debate has unfortunately been around at least since the 80s with the rise of the transgender identity as a distinct gender identity in the USA and Europe. Among the criticisms that the second wave of feminism faced was the fact that it wasn’t intersectional enough because it was based on a very limited account of who counts as its proper political subject, the woman. Along with a series of criticisms raised by the feminists of color or the lesbian and bisexual women, the movement of that time was accused by trans women and femininities of being too cisgender and at times trans-exclusionary. And that’s because, even though gender was/is considered to be a malleable social and historical construct, sex on the other hand seemed/seems to be thought of as biological and unchangeable, the anatomical ‘least common denominator’. 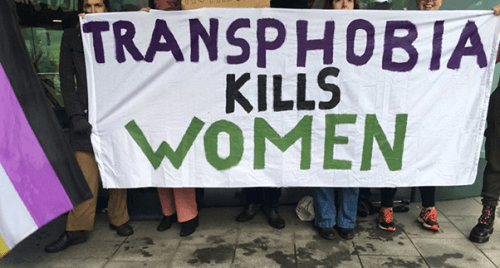 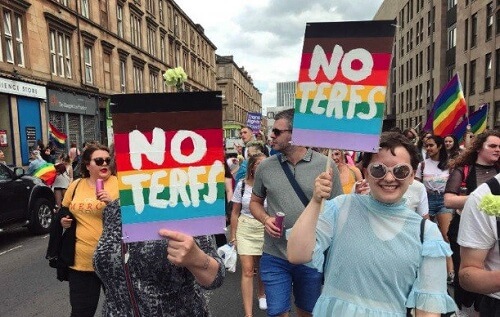 According to this line of reasoning that has been revived recently despite the decades-long deconstruction of sex as biological, trans women are not 'real' women and as such they must not be included among the feminist ranks since their political claims are not only different from those of cisgender women, but they also undermine the latest’s rights. In this transphobic rhetoric, trans women are many times depicted as confused lesbians or narcissists or even 'attention sluts'. From the point of view of the lesbian TERFs, trans persons, along with intersex persons, do not belong to the LGBTIQA+ community since they do not share with gays, bis, and lesbians a same-sex desire but instead, they are all about gender, and not sexual, identities. On their part, the TERFs themselves, that usually prefer the term ‘gender critical’ for their self-identification, deny being transphobic and present themselves as radical feminists who fight for the rights of ‘true’ women. They deny any violence, apart from the transphobic violence of misgendering of course, and they base their views on their personal experiences that focus mainly on bodily functions in order to highlight the biological definition of gender. These exact recurring features of TERF’s transphobic rhetoric can be identified both in the comments above and the tweets of the notorious TERF, J.K. Rowling, below. 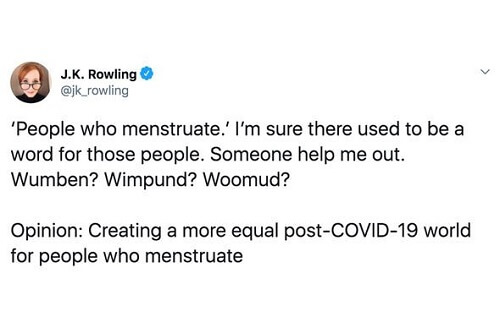 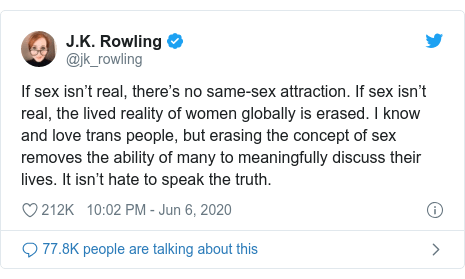 Ecce Homo hasn’t replied to any of the transphobic comments under its ad for three reasons. Firstly, one cannot by definition win an argument with TERFs online, and if one tries so, one will only end up inciting more of their hurtful transphobic speech. Secondly, Ecce Homo stands by trans folks via both its non-binary designing and marketing rationale and its extensive CSR program that supports an association of transgender people, among others, without appropriating their experiences. We lend our voice to support and empower trans people, instead of talking in their place. And last but not least, we have taken a clear stance on the matters of gender, intersectionality, transgender violence, etc via this very blog since the launching of our firm. Our blog articles speak loud and clear. For Ecce Homo, if it isn't intersectional, it isn't feminism or queer! 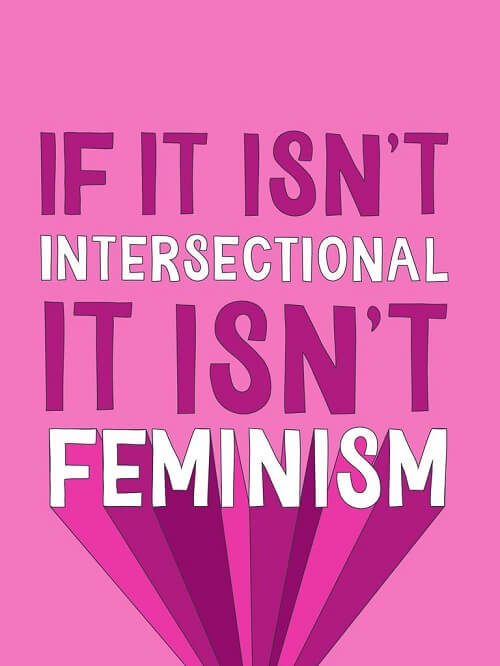