All that kids need is love

All that kids need is love

‘All that kids need is love’: An Ecce Homo article on LGBTIQA+ parenting

Ecce Homo’s new campaign renders visible the invisible: a powerful message of support for the legal recognition of same-sex marriage and adoption

In the last decade, a series of important legal reforms that caused contentious debates in national parliaments and polarized public opinion has changed the landscape of LGBTIQA+ rights around the globe, especially when it comes to same-sex couples and rainbow families. In the European Union, a member of which Greece is, same-sex marriage and the adoption by same-sex couples are legal only in roughly half of the 27 of its member states. At the same time, a more global trend towards the liberalization of family laws can be observed in countries like Canada and the USA, with Australia and New Zealand being the most progressive among them in this regard.

The case of Greece, the home country of Ecce Homo, is no exception. In 2015, civil unions, or cohabitation agreements as they called by the Greek law, have been legislated for same-sex couples as an important but inadequate step towards marriage equality since this type of union provides fewer rights and protection in comparison to opposite-sex marriage. Three years later, a law that grants same-sex registered partners the right to foster care children has been passed but it has stopped short of extending the right to adopt children to these couples as well. 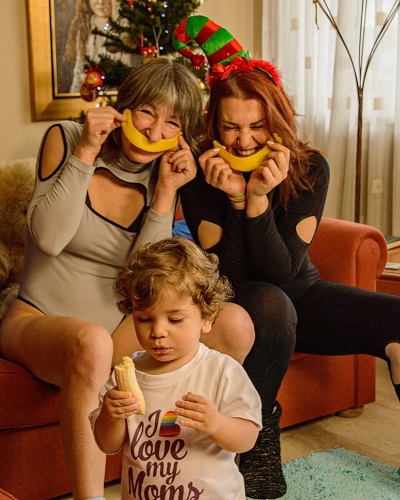 Even though the political claim for the legal recognition of same-sex marriage and rainbow families has been on the agenda of the Greek LGBTIQA+ activist groups the last twenty years, and despite the significant steps other EU countries have taken towards the democratization of their national family laws, Greek governments, when not totally indifferent or even inimical to the interests and rights of their queer citizens, seem to lag behind by offering half-solutions to pressing problems. On the other hand, until recently there have been hardly any representations of same-sex couples, let alone same-sex families, in Greek mass media. In the eyes of both the Greek state and the vast majority of its citizens, gayness, marriage, and family are three words that cannot form a meaningful sentence.

The three pillars of Greek nationhood, the fatherland, the religion, and the family, not only foreclose any formation of queer kinship that falls outside their homonormative parameters, but also render invisible the lives, the experiences, the feelings, and the needs of a growing number of queer persons. In this case, the law seems to be blind in a sense that makes it gravely unjust by denying the lived reality of its subjects. In other words, the law is straight, and queers have no place in it. The family law is heteronormative and not only promotes but also presupposes heterosexual ideals of what counts as true love or kinship. Not only plays a normalizing role but also traumatizes the already existing families and couples. And on top of that, this injustice done by the law is legal, undetected by the very law that fosters it in the first place. 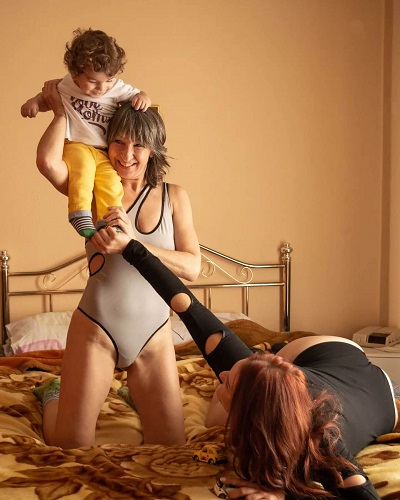 Yet, a glimpse of hope a few weeks before the end of 2021 gave rainbow families the strength to keep fighting for their rights. In a landmark ruling, the European Court of Justice said same-sex parents and their children should be recognized as a family in all EU member states. With an emphasis on the protection of the rights of the children, the court has ruled that if one EU country acknowledges the parental relationship with a child, then every member state must do the same to guarantee the child's right to free movement, bypassing this way the still homophobic national laws of some member states. 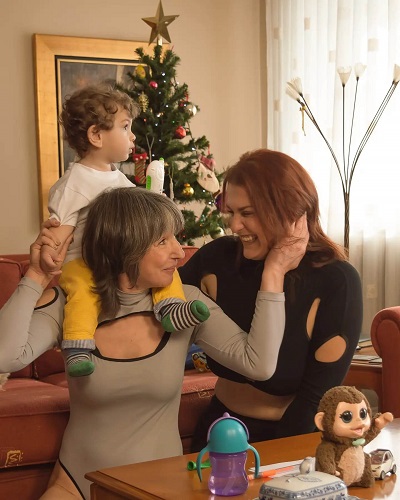 In this social and political context, we felt that it was time for us, Ecce Homo, as a Greek queer brand to take a stand against the invisibility to which queer kinship is condemned and join the fight towards marriage and family equality. In addition to our extended CSR program via which we support financially a series of LGBTIQA+ organizations and initiatives that empower, advocate, and advance the rights of the queer community around Europe, we realized that our campaign photographs reach millions every day and could get across powerful messages. To our surprise, the photoshoot, which was one of the most challenging we have had so far, has made the headlines and has generated a buzz on social media spreading the message of marriage and family equality across Europe. 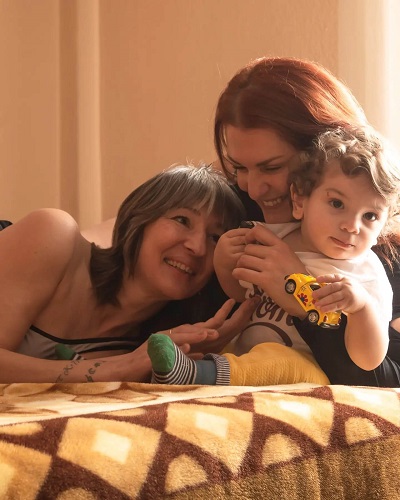 This way we join our voice to those others that came before us in order to raise awareness of the problems rainbow families face, among them the lack of automatic co-parent recognition, the non-inclusion of these families by healthcare protocols, the lack of access to assisted reproduction by same-sex couples, the stigma the children face on a daily basis, etc. The global reach of our marketing campaign could spread the word about these issues and ignite the flame that creates change for a better world where everyone could wear their true colours.