The history of 'queer'

The history of 'queer'

The history of 'queer':

What's in a word? 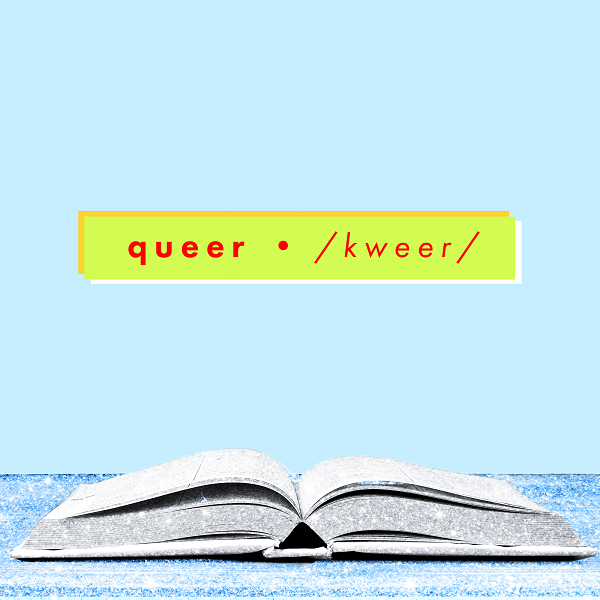 During the lifetime of this blog, we have talked a lot about queer persons, queerphobia, queer community, etc. After all, Ecce Homo self-identifies as a queer underwear brand, a body-positive, non-binary, and slow-fashion one. But what are we referring to when we evoke this loosely defined term? What is queerness and how it is distinguished from the ever-expanding acronym LGBTIQA+? And most importantly, what were the historical, cultural, and financial conditions that gave birth to queer activism and politics some 30 to 40 years ago in the USA? In this new blog series, we will try to answer these questions in the hope of both revising the history of this political notion and clarifying any misconceptions around it. Inevitably, the history of queerness presupposes a walk through the long history of gay political mobilization, and that would be the focal point of this first article on the matter. This way, Ecce Homo’s vision will become clearer as it is instilled by the aspirations of queer activism as the latter is mirrored in our extended CSR program, our marketing philosophy, and the design of our products. Queering underwear fashion has been our goal and motivation all along. 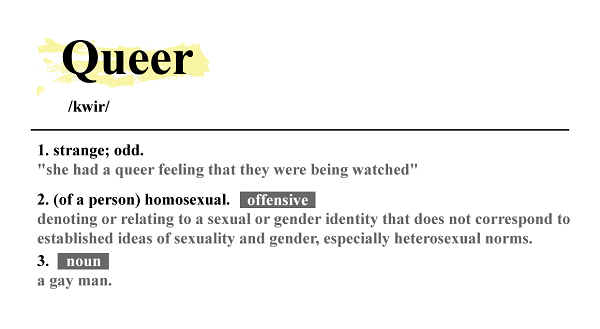 According to one of the ‘mothers’ of queer theory, Eve Sedgwick (1993, p.xii), ‘the word "queer" itself means across - it comes from the Indo-European root -twerkw, which also yields the German quer (transverse), Latin torquere (to twist), English athwart.’ This word first appeared in English about 1513 to denote something which is not normal, something peculiar or odd, initially unconnected to homosexuality per se. The first recorded written reference of the word as a slur on gay men dates back to 1894 and it involves none other than the British poet, novelist, and playwright Oscar Wilde who was accused of sodomy by John Douglas, the 9th Marquess of Queensberry, at a time in which homosexuality was a punishable crime offense and a serious societal taboo in Britain. During this court case, a letter by the Marquess -whose son was sexually involved with Wilde- surfaced in which the phrase ‘snob queers’ was used to characterize gay men in a defamatory way. ‘By the 1950s and 1960s to say "I am queer" was to tell of who and what you were, and how you positioned yourself in relation to the dominant, "normal" society…It signaled the general perception of same-sex desire as something eccentric, strange, abnormal, and perverse’, as noted by the historical sociologist Jeffrey Weeks (2012, p.525). 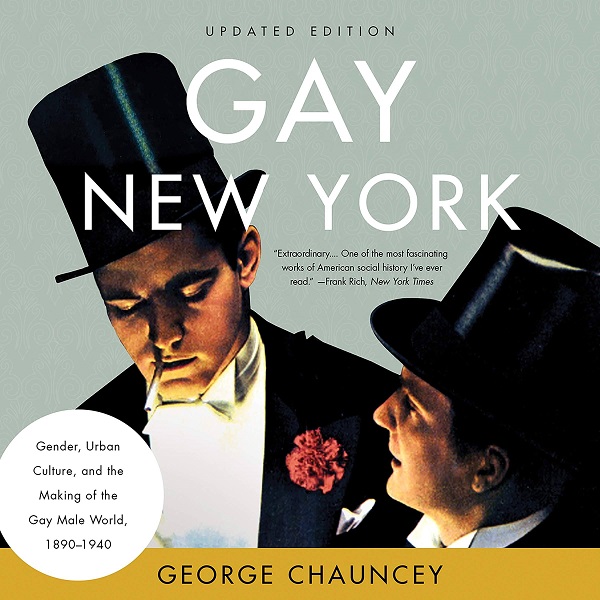 On the other side of the Atlantic, at the turn of the century, queer along with fairy, trade, and gay signified distinct social categories within the gay male subculture. According to the queer historian George Chancey (1994, p.16), ‘in the early 20th century in the United States, the term queer was used as a term of self-reference (or identity category) for homosexual men who adopted masculine behavior’ in contrast to the word fairy that characterized more effeminate gay men. However, by the 40s, the word gay had supplanted queer in New York as the younger generation was trying to distance itself from the connotations of deviance, abnormality, and perversion that were assigned to queer by the homophobic American society. This change of preference was indicative of the political climate of the ’40s and ’50s when the first gay rights organizations were established. In the following decades, the word gay was popularized and used by both homosexual men and women, as a more respectful term to identify with. 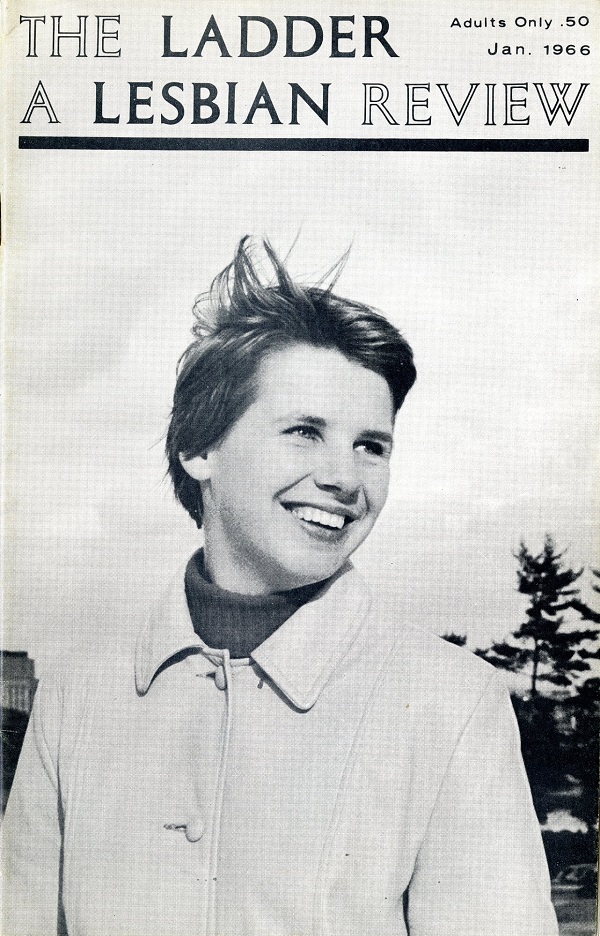 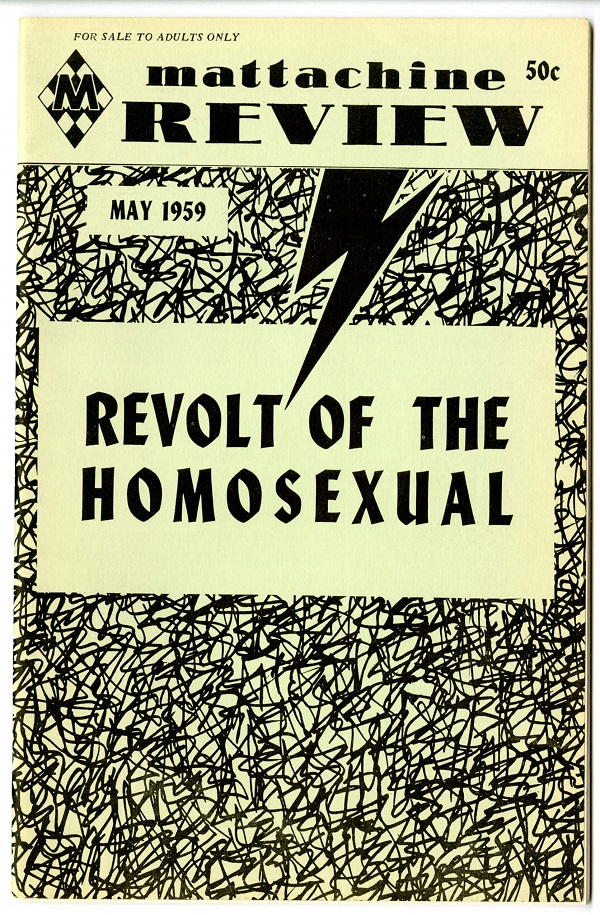 Two such organizations were the Mattachine Society and the Daughters of Bilitis whose conservative political aim was the integration of ‘discreet’ and ‘respectable’ homosexuals into the heteronormative social life by granting them legal rights and following the model of racial minorities without questioning the terms of such an integration. Such an assimilationist politics, according to which gays are the same as heterosexuals and whose political agenda was built upon the notions of equality, acceptance, inclusivity, and respect, was put into question by the Gay Liberation Movement from the 60s to the mid-80s. Here, the word gay continues to be the dominant political signifier, but it was pride and visibility that got attached to it and bore its potential for social transformation. This is the era of the 1969 Stonewall Riots, the civil rights movement, the second wave of feminism, and the counterculture that aimed at abolishing conservative social institutions such as marriage and nuclear family and dismantling normalizing and regulative notions such as gender. For this anti-capitalist and anti-racist intersectional politics, gayness was the ‘loud and proud’ political identity in the name of which rights were demanded beyond merely political and institutional inclusion. 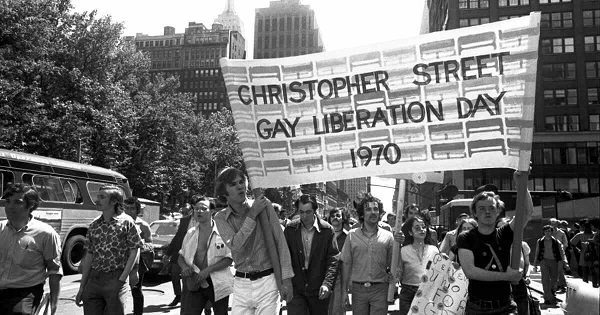 From the 40s up to the mid-80s, it seems that the word queer was perceived mainly as an injurious term evoked to stigmatize homosexuals, and as such it was not a political signified with which any gay man or woman would have identified. However, all this changed with the rise of queer activism and theory. In the mid-80s, gay activists and scholars re-appropriated the up to this point derogatory term queer and passionately identified with it and with the political vision it animated. A series of political, financial, and societal conditions of this turbulent period made obvious the inefficacy of the Gay Rights Movement as the latter took a homonormative turn towards assimilation and conservatism. Embracing the negative associations of the term queer, queerness became a new political signifier in the spirit of pride and defiance. Among the first grassroots organizations that used the word queer as a positive self-label was the Queer Nation founded in the early 90s, an offshoot of ACT UP, the AIDS Coalition to Unleash Power. Here, the meaning of queer has changed and significantly expanded beyond the identity of gayness. The co-optation of the term from an offensive term and site of trauma to a badge of pride far exceeds the limits of its linguistic use. This semantic change signaled a new way of thinking about homosexuality and politics itself generating new conceptualizations of gender and sexuality and giving birth to radical forms of political protest and action.

This was the first of a series of articles dedicated to queerness. Stay tuned as we will delve deeper into the history and politics of queerness in our following posts!